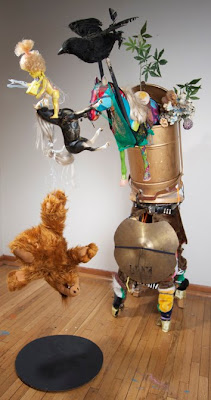 Bio~
Christopher Williams is a practicing painter, who graduated from the Minneapolis College of Art in Design with a background in animation. In addition to visual artwork, Williams is also a musician and a concept artist. 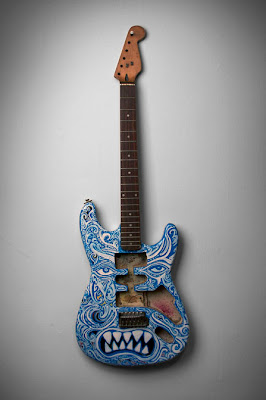 Tell me about your new work? What are you currently working on?
My newest pieces are constructed entirely from miscellaneous found objects that I assemble together. I’m also working of several new painting series. 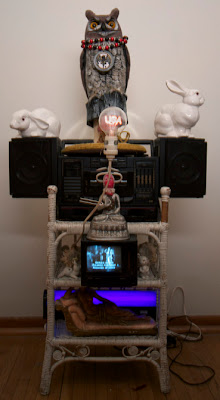 What is art? What do you hope your audience takes away from your art? What statement do you hope to make?
The word ‘Art’ is an abstract philosophical construct for which there is only a sense of meaning, without any adequately concise definition. A materialist could simply define art as the application of paint to a canvass, or allude to the various other facets of art production, without acknowledging the wider implications that the word possesses, but all of which that is encompassed within the word ‘Art’ far surpasses any short written definition of it. My art is made to deliver a feeling of warmth, and colorful stimulation, which enlightens the viewer with positive sentiment.

What was the best advice given to you as an artist?
There is an old Iowan proverb passed down through the generations, it dates way back to the late seventies. ‘Never husk your corn in broad daylight.’ I had always interpreted it as meaning do not reveal to the public your naked seeds. Seeds, in the analogy, being ambitions; the husk being one’s intuition. Beneath all intuition is ambition, the root of our desires. I had always believed the phrase meant to say, don’t shuck through your god-given intuition to devour the meaty kernels of your ambitious intent. Later, I found out the phrase was actually a euphemism for ‘don’t masturbate in the public eye.’ 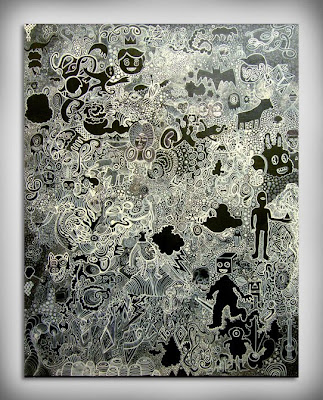 Tell me about your working space and creative process?
Before I can begin doing any work, my environment must first be purged of the litter and debris scattered throughout the area. I am distracted when things are not at equilibrium, and the peace of mind, afforded me by an orderly environment, is a necessary platform for which I must establish the beginning proceedings to any task I undertake. I usually work after all urgent matters are disposed of, so as to not have my mind averted by the solicitudes of daily affairs.

If we were to follow you around in Minnesota to see art, which places would we go? What would we see?
We would go to the secret underground tunnels and see fire jugglers; clown midgets; and a petting zoo, full of goats.

Where do you go online for good art resources? 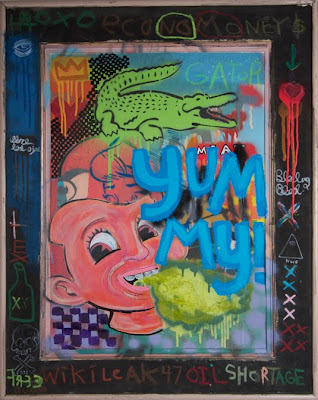 What can we expect to see from you in the future?
Working on a tee-shirt project with stencil artist Biafra which is called BiafraCaw one of the pieces I added “Consumption" is a collaboration piece we did; a children’s illustrated story; a music video; hopefully, I’ll do a couple murals this summer.
And I got a couple shows in LA May 12th for a one night event at Club Impulse and the 2nd Street Cigar Gallery May 18th through June 18th and I think a BiafraCaw show is in the works for Cult Status in the fall.
Posted by Michael McGraw - www.Local-Artist-Interviews.com at 6:44 AM