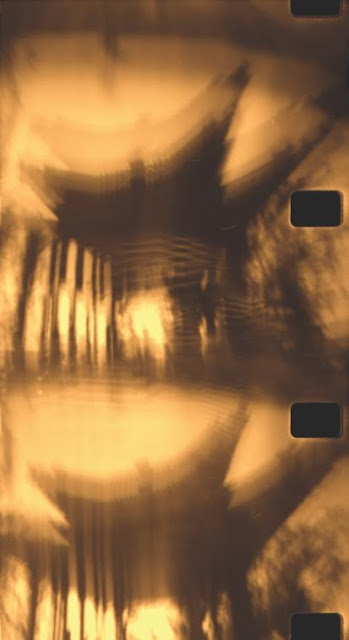 Kevin Obsatz started his career in the world of narrative feature filmmaking, progressed from there to documentary, then to experimental film. His work has screened at numerous film festivals and on PBS, and he's received project grants from the Jerome Foundation, the Minnesota State Arts Board, and Forecast Public Art. He just completed the MFA program at the University of Minnesota in Experimental Media Art, and curates a recurring screening series at the Bryant Lake Bowl Theater called Cellular Cinema. 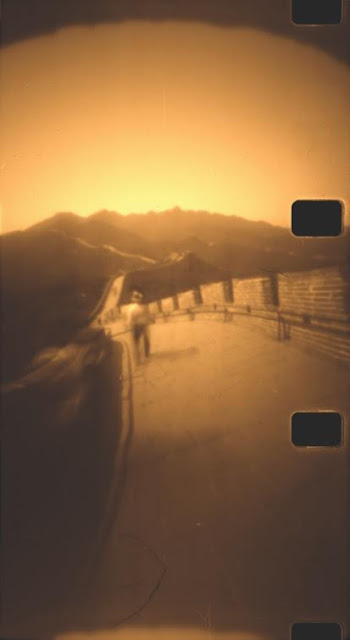 For the past few years I've been working primarily with 16mm film, shot either with a Bolex camera or a hand-cranking pinhole 16mm camera, hand-developed in a darkroom in buckets of photo chemistry. I like this process partly because it limits the amount of footage I can shoot - a roll of film is only three minutes long, which means I have to make each frame count.

My current work-in-progress is a short documentary film called "Deux Champs (Two Fields)". It's a piece about the life of my great uncle, 90 years old now, who took a famous photograph of Marcel Duchamp in 1953. He forgot all about it and pursued a day job in advertising, and about fifty years later discovered that his photo was going to be in an exhibit at the Smithsonian Museum of Art. So it seemed appropriate to make a film portrait of him telling the story, including some of his photography and his home.

Filmmaking appealed to me as a teenager stuck in a boring suburb, as a way to escape the real world and take refuge in a fictional alternate world.The moving image has always appealed to me because of how powerful and new it is as an art form - a lot has happened in the history of film, but it's really barely more than one hundred years old. And I think the relationship between the moving image, the human eye and the brain is really fascinating, in terms of how we experience time, access memory, and communicate our experience of the world. 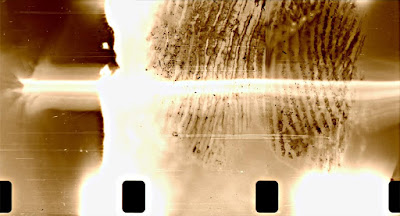 I don't really believe in either selling my work or marketing myself, beyond the natural connections that come about by being part of a community, collaborating with other artists, and curating screenings. About ten years ago I realized that I was never going to make any money as an artist, and that I was certainly never going to be a "professional" artist, and I've been much happier ever since. I occasionally get a grant that pays for a project, but I mostly earn a living doing freelance video production and teaching. The process of fundraising and marketing sucks all the joy and inspiration out of the process for me. This is a major reason that I make short experimental films, rather than features. It's much more straightforward and satisfying, at this point in my career, to make a few small films per year rather than one big film every few years. 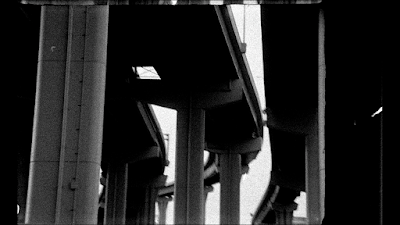 I've circulated through a wide range of art forms, so it's hard to know where to begin. And, most of my friends are artists in one way or another, so it would be easy to just list my friends. Let's say Chris Larson and Dan Schneidkraut for the moving image, Chris Schlichting and HIJACK and Kenna Cottman for dance, Mad King Thomas and Samantha Johns for performance art, John Fleischer and Kate Casanova for sculpture...

If I were to follow you around to see art in Minnesota, which places would we go? What would we see?
I love seeing movies at the Trylon Microcinema: www.take-up.org. I don't know what I would do without that resource for cinema in the Twin Cities, along with the Walker Art Center. For dance and performance I often find myself at the Red Eye Theater and the Bryant Lake Bowl Theater. I don't really know my way around the gallery scene but the Soap Factory and the MAEP Galleries at the MIA are frequent destinations, along with Midway. 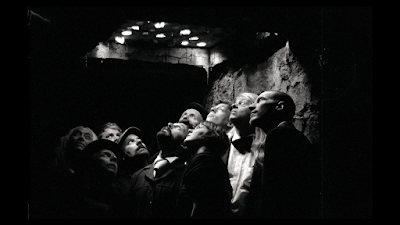 If you are promoting an event, by what date do you want your interview/profile to be online?

I'm really excited about my ongoing curatorial project, Cellular Cinema, at the Bryant Lake Bowl Theater - an every-other-month screening of a selection of short experimental films made by local artists and periodically guest-curated in exchange with other cities. This coming Monday is our date for June, featuring film and video on the theme of 'Water' from Chicago and Minneapolis. http://bryantlakebowl.com/theater/cellular-cinema-iv-chicago-edition-water-works. We're always looking for work to include in our upcoming screenings - feel free to contact me if you're interested. 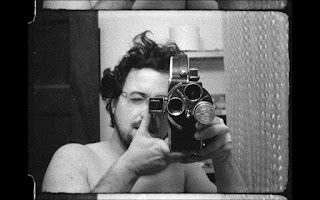 Posted by Michael McGraw - www.Local-Artist-Interviews.com at 10:35 AM No comments: