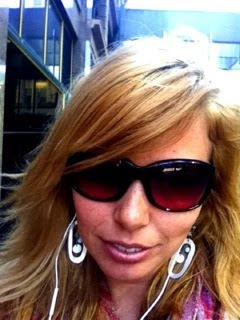 Beth Loraine Bowman is an American painter born in Detroit, Michigan. She attended Minneapolis College of Art and Design at age 16, later transferring to the College of Visual Arts. She lived in the south of France, studying painting and art history through a program sponsored by Bard College in New York. In 1999, she was awarded a BFA with an emphasis in drawing. She continued to graduate school where she earned her Masters in Art Education degree in 2006. Recently, she earned a graduate certificate in Housing Studies from the College of Design at the University of Minnesota.

She has shown her work throughout the United States and Europe, including three solo shows. Her mixed media images, informed by French Post-war Modernist painting (Tachisme/L'Art Informel), have explored the subjects of memory, place, color experience, shelter/architecture, maternity and forgiveness.

She served on the Metro Council’s Artist Selection Committee for the new Light Rail Transit project for the City of Saint Paul. She participated in the mentorship program with the Women’s Art Registry of Minnesota (WARM), served on the Minnesota State Arts Board’s Artist Initiative Grant Advisory Panel, was on the Board of Three Minute Egg Media in Minneapolis and was the Board President of the College of Visual Arts Alumni Association and currently serves on the University of Minnesota, College of Design’s Alumni Board of Directors.

Her work has been on display at various locations and belongs to many personal collections in the United States and Europe. She lives and works in Saint Paul, Minnesota.

She is the monthly arts correspondent on the Matt McNeil Show on AM950 in Minneapolis. 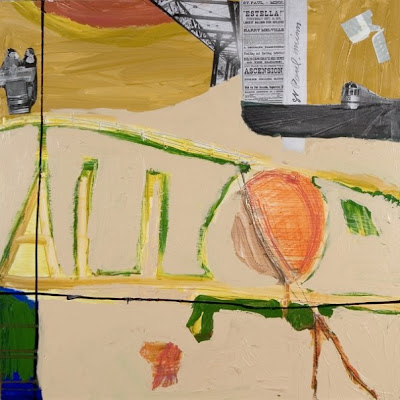 You have had quite an extensive formal education, from MCAD at age 16, to studying in New York and in France. What were some of the valuable things you took away from your formal education?

I knew I would have a life long commitment to creative pursuits and art-making, so I wanted to acquire a strong foundation. I studied formally in a variety of institutions (private & public art schools) as well as a variety of locations (America & Europe). I wanted to learn everything I could, and have that academic foundation inform my own perspective.

I chose my major/emphasis in drawing because I have always felt that it is the most essential part of making art, of seeing, of solving. My formal education has helped me build a community, a network of support for myself as an artist. I also learned valuable professional skills on how to support my work on various levels (financially, etc.) which has proven to be very useful. 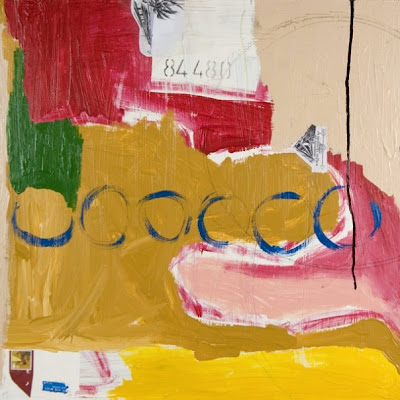 I assume that since you began studying at MCAD at age 16, that your artistic skills developed early. Tell me of your early development.

I attended MCAD at age 16 through the PSEO program. I had a variety of interests as a child but always loved drawing and excelled in art classes. Although I was quite mature and focused, I was not ready for private art school critiques and was discouraged. I almost gave up and was very close to changing my major to architecture. I am so glad I did not because I would've hated to make those tiny little models with glue.


Your bio says that your mixed media images are informed by French Post-war Modernist painting. Can you tell me more what you mean?

I really identify with painting approaches after World War II - especially those in Europe. I love this era of painting because it included a light, intuitive, meditative approach to the work - a lot of mark-making, drawing sensibilities and a sense of adventure. 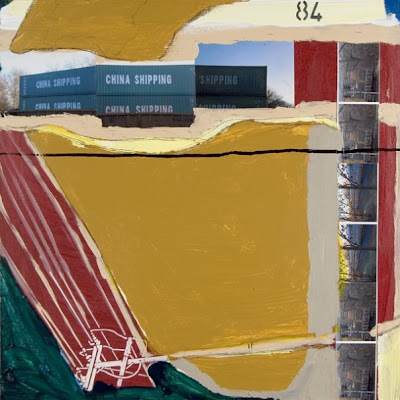 Having achieved multiple solo shows and have had your work collected in the United States and Europe, what advice would you give other artists who want to follow your path of success? What steps have you taken that have been most successful?

I would say that if you love art making and visual creative problem solving, consider finding the right private art and design school (that specializes in art). The right school will challenge, support and engage you and give you a strong foundation. It is very important to think about your long term commitment to the practice. Art school is expensive and the statistics are depressing - I would say only about 5% of my classmates still practice studio art. It's not easy. If you are dedicated it can be very fulfilling. I am very thankful for my experiences and am very happy that I am able to continue my studio practice.

What are you currently working on? How is this different from past projects?

I am working on a new series of work for a proposal for a J. William Fulbright Foreign Scholarship in Eastern Europe for 2011. This body of work will differ from previous series in that it will address the notion of the “melting pot” and eastern European culture.

Why did you become an artist?

Probably to rebel. Due to my stubbornness I just keep on going. 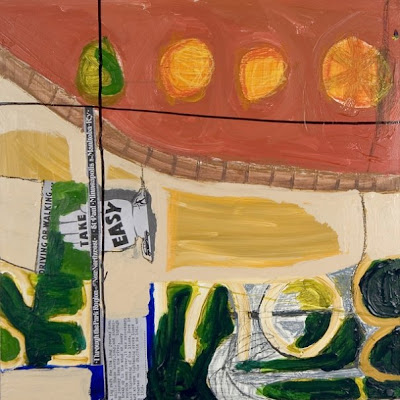 Tell me about your working space and your creative process?

I just received a grant to have my entire second floor renovated. It’s now a light, bright glorious working space. Previous to that I worked in warehouse studio spaces around town.

I typically work in stages: a “gathering stage” where I collect information, images, music, interviews. A “creation stage” where I map out where, how and what size I will place the images. And finally a studio “working stage” where I schedule open time to paint and explore all the research I did to inform the work.

If I were to follow you around on an “art day” in Minnesota, which places would we go? What would we see?
Well this weekend (10/2/2010): “Of Scars” photo exhibit in the warehouse district, Rogue Buddha gallery opening.

Twitter. More artists need to be on twitter: talking, sharing ideas and work. Increase the savvy and connectivity. Artists are not exempt.

Love the site. I do one that highlights public art in the skyways - but your local angle is awesome. Keep it up. Mine is called skyway of love.