Bio~ Kevan Willington
On the surface my paintings are intimate botanical dioramas set against vast empty light filled skies. On a deeper level my work is a manifestation of the Taoist law that extremes turn
into there opposites. I use bold saturated luminous color with an old as rock yet modern contemporary
feel using traditional and non-traditional painting methods.


Look closely at my paintings and you will see that what is close is really the distant. And what is
distant is really close. I find infinite worlds within the small intimate details of nature and infinite skies
become as close and tangible as stone.


To create these transformational images I bridge the gap between the physical and the metaphysical.
Between the past and the future.Where opposites turn into each other. Like the edge of a cliff, or the
Eye of a storm, or the moment before a first touch that separates isolation from connection.


I walk up to the doorway where problems become solutions and solutions become problems and feel
the subtle tug of one world becoming the other. It is the simultaneous death of one world and the birth
of another.


Good Paintings are a dance between my intentions and what is happening naturally with the paint.
If I hold too tightly to my intentions it won't work.This process can be quite tumultuous. Often I must
let go of the original intended direction of the painting and let it die. Every painting is a crisis requiring
surrender. The process without surrender and trust can be terrifying. Ultimately I don't know where I'm
going. It's a bit like running though a forest with my eyes closed. Only blind faith ensures ones success. 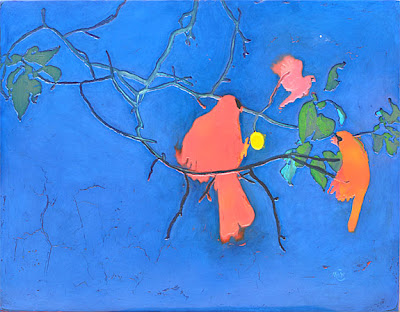 What are you currently working on? How is this different from past projects?
My current work has evolved beyond painting just single uprooted flowering plants lying on a table. I am now creating paintings that have multiple flowering plants and bird dioramas set against vast empty luminous skies. I am also employing new techniques that make the skies in my paintings raised about a quarter inch from my foreground subject matter. These raised surface skies resemble cracked polished stone.

Tell me about your working space and your creative process? (The last I saw you, you were in the Tilsner Bldg, but I don’t know if you are still there or where you do your actual painting).


I am no longer in the Tilsner Bldg in St Paul. I have moved to Plymouth MN of all places. I am not much of a suburb person but it’s close to nature. 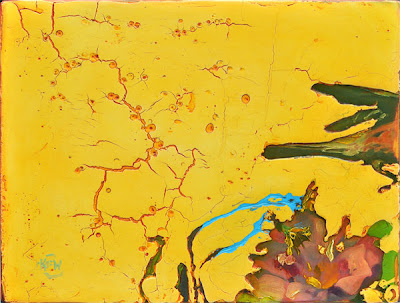 If you could excel in some different artistic arena, what would it be and why?

I have long had an interest in film production. This allows me to work with other people. Painting is kind of an isolating profession. But film is a very expensive art. And a bit of a start
over.

Scott Llyod Anderson,
Joe Paquet,
Jack Dale,
Jeff Larson And Ben Olson
although I hear Ben has moved to New York and I don’t know if he is still painting 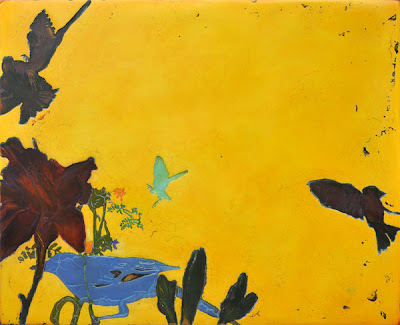 Gallery 360,
The Grand Hand Gallery,
Circa Gallery, and the
Art Institute (MIA) are always good. But Nature is always the best show in town, or out of town.

What was the last exhibit you saw and what were your impressions?

My own. I thought “Damn this guy works hard”.
Where do you go online for good art resources, whether to find a new artist, or to see what is going on in the art world locally and otherwise?

I am often surfin the web for new galleries and artists. I am noticing the older I get the less I find
that I really really like. The Smithsonian museum has allot of 19th century paintings that I like. 19th century artists that have influenced me are Ralph Albert Blakelock, Albert Pinkam Ryder, N.C. Wyeth, Thomas Moran, Maxfield Parrish and Odilon Redon. 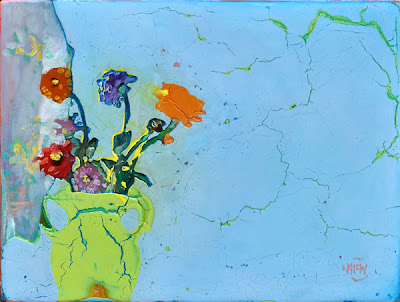 Posted by Michael McGraw - www.Local-Artist-Interviews.com at 5:55 AM