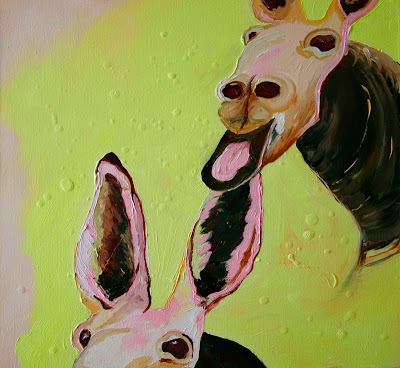 Karen Kasel is an artist living in Minneapolis.  She is a painter who
wanders into sculpture and public art as needed.  Kasel began as a
self-taught artist in the early 90’s and returned to college in 2001
at the College of Visual Arts in St. Paul to make her title of artist
“official”.  In 2006 and 2007 Kasel participated in the Art Shanty
Projects with the Shanty of Misfit Toys- a shanty with transparent
walls filled with colorful stuffed animals as insulation and
decoration.

She has been active in the Twin Cities arts community for nearly 2
decades.  Past involvements include: volunteering, working and
curating at The Soap Factory and Gallery Manager at the College of
Visual arts.  Kasel currently sits on the board of the Art Shanty
Projects. 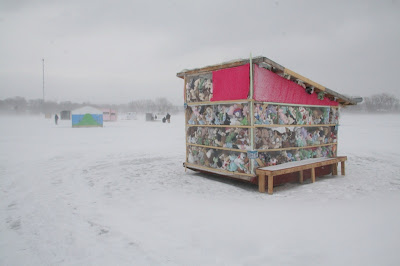 Tell me about your work? What are you currently working on? How is
this different from past projects?
Considering the artwork I have made for the past 6 years has involved
play dough, toilet paper rolls, leaf rubbings, leaf print-making,
shrinky dinks, and assorted collages, the work I am now making with is
quite different! I am working on graphite landscape drawings as well
as mixed media abstractions on paper, and working alone. The work is
not too terribly different from past projects except the drawings are
new for me in both their simplicity as well as the medium of graphite. 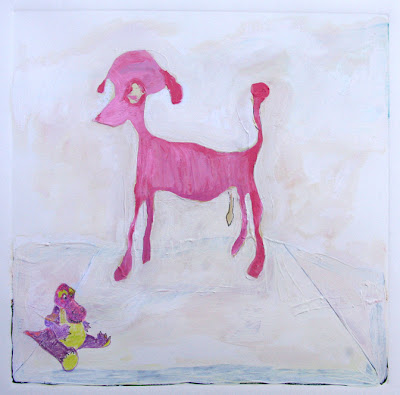 How did you decide to become an artist?
I always had a love for art.  In grade school I won an award for a
drawing I did of a candle, and so it began.  In my early 20’s I began
painting in earnest- watercolor nudes, and I never stopped.

What was the best advice given to you as an artist?
No matter if you make crap.  Keep working and learn to love the questions.

Many artists struggle to find ways to sell their art.  How do you sell
your work?  How do you market yourself?
I don’t actively sell my work.  Generally if I am in a show, I sell something. 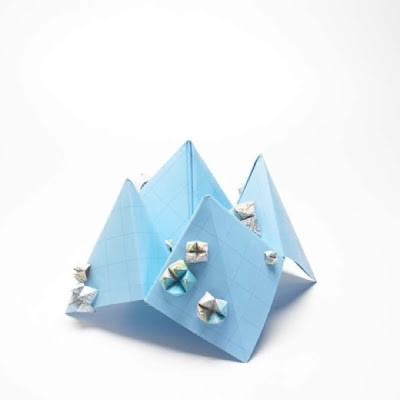 If I were to follow you around to see art in Minnesota, which places
would we go? What would we see?
Right now, we’d take a road trip to the Tweed Museum of Art in Duluth.
Mostly because I’ve never been there, and also to see the autumn
leaves. In addition to www.Local-Artist-Interviews.com, where do you go online
for good art resources, whether to find a new artist, or to see what
is going on in the art world locally and otherwise?
www.mnartists.org/ 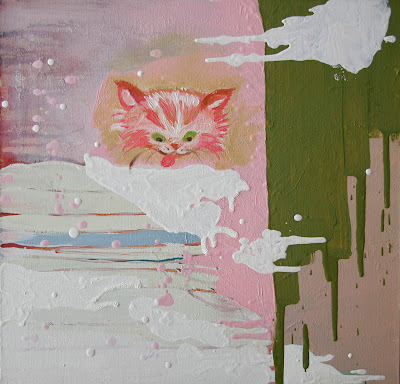 What can we expect to see from you in the future?
A revival of my studio practice!  I’ve been on “pause” mode for so
long.   I will be participating in the Art Shanty Projects “Disperse”
programming with the Sunflower Revolution.
http://www.artshantyprojects.org/mission
(scroll down to A NewDirection)
https://www.facebook.com/pages/Sunflower-Revolution/321852597891638