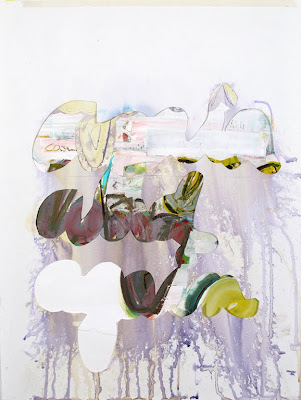 Ute Bertog
Ute Bertog
Website: http://utebertog.com
MNArtist.org Profile
email: ute@utebertog.com
Bio~
I am originally from Germany and came to the US 12 years ago. I graduated from Minneapolis College of Art and Design (MCAD) in 2005 with a degree in painting. Since then I have exhibited my work in local and regional venues. I have an upcoming show at the grayDUCK Gallery in Austin, TX.

Tell me about your work? What are you currently working on? How is this different from past projects?
I am fascinated by the relationship between abstraction and language, which I would describe as reluctant, even unreliable. I have been working on my current series, which I privately call ‘dailies’, for almost a year. It is based on reading the newspaper and working with an extremely revised and fragmented version of one of the articles until nothing much of it is left. Its source would definitely be hard to detect. Instead the story is allowed to become something else, a freer version of itself that can be interpreted in whatever direction the viewer (or reader) wants to understand it. By transporting this version into the visual realm it becomes more and more a stranger to itself.
Prior to this I worked a lot with tape: applying tape, painting, taking off the tape and on and on for many, many layers until a recognizable form appeared – something that I could attach a name to. It was working in a reverse concept from what I am doing now. 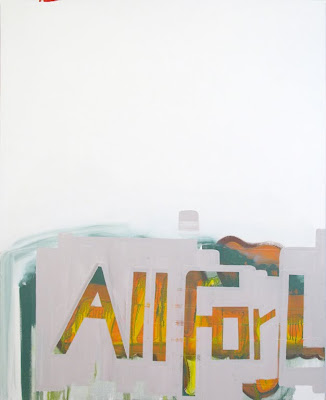 Why did you become an artist?
I became an artist because I loved the potential for escape. Just going to the museum was so different from the world I grew up in. Not that I didn’t like it growing up. It was fun as a kid. But at some point small towns do have their downsides.

What was the best advice given to you as an artist?
Work, work, work and the work will tell you, what it’s about.

Tell me about your working space and your creative process?
My process is very much based on reading as I said before. I paint text fragments extracted from newspaper articles I find interesting. Through a repetitive process of covering, writing, tracing, scraping and cutting, I slowly revise the original text. My goal is to create opportunities to undermine and confuse the original content to get a different ‘read’ or understanding of it. 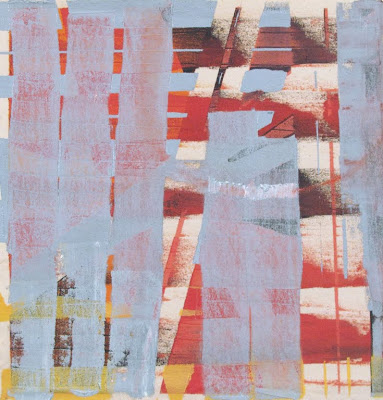 If I were to follow you around on an “art day” in Minnesota, which places would we go? What would we see?
A lot of the common art places like the Walker Art Center or Midway Contemporary Art. I especially enjoy browsing through their libraries, which are full of hidden treasures. The same is true for MCAD. Also on the list would be some antique stores, which are beyond inspiring. At night we would go to a concert or see a theater production. I always find it very stimulating to see other artistic endeavors esp. in the performing arts.

Where do you go online for good art resources, whether to find a new artist, or to see what is going on in the art world locally and otherwise?
mnartists.org, NYFA, Chicago Artists Resource , Brooklyn Rail, e-flux, Two Coats of Paint, Visual Discrepancies. 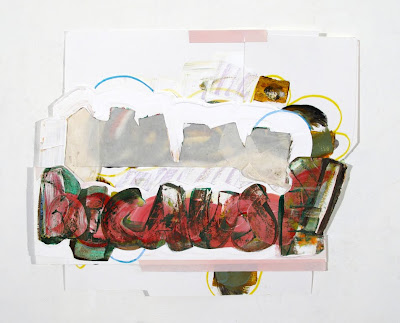 Do you have any exhibits or any interesting things going on in your life or coming up in the near future?
I will be included in a show this January in Austin/Texas at the grayDUCK Gallery . 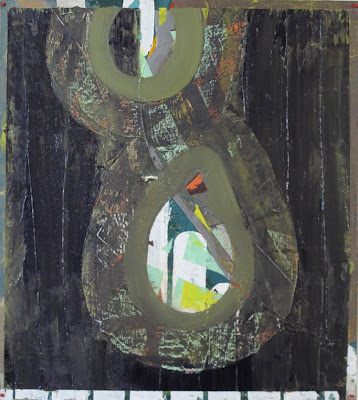 If you were to receive a $2,000 art grant to do anything you want, what would you do?
I would travel to far off places. There is no better way to get inspired than by exploring a new country, a new culture. It shakes up my customary ways of doing and seeing things. It refreshes my eye and mind to be somewhere foreign, where the things that you see, taste and hear are not immediately understood. 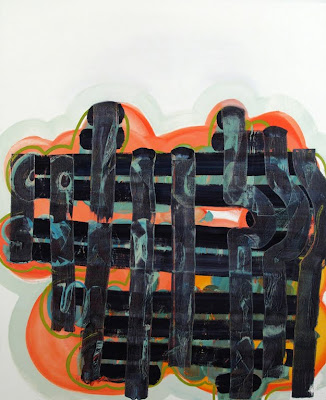