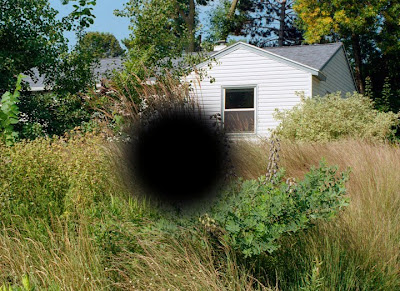 Bio~
I grew up in eastern Iowa and spent some great times living in Oregon, Arizona and Ohio over the last ten years. I’ve lived in St. Cloud for about a year and a half where I teach at St. Cloud State University.

Tell me about your work? What are you currently working on? How is this different from past projects?
I make a lot of photographs where I’ve staged objects or situations to be photographed. I also make objects when a picture won’t work for what I am after. I have also done some collaborative projects that take me outside or become installations.

The materials I use can be really varied, but I always seem to come back to photographs in someway or another. I struggle with the idea of just going out and taking pictures; that action seems so passive to me at times, but I still do it—it just usually isn’t the end point for me. So I guess I keep making photographs because I keep having different questions about them; what they can and can’t do. I’m interested in referencing that natural world in my work and looking at how people think of the landscape and experience it.

I draw a lot of motivation from my own experiences of being outside, as well as scientific information and historical accounts of the natural world. 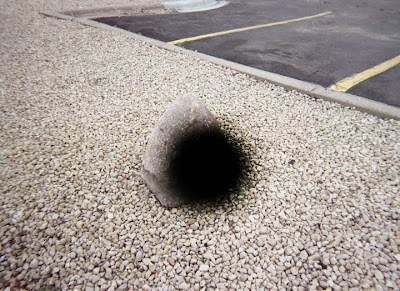 Black Holes & Blind Spots, No. 13 , chromogenic print, 2010
I just finished up preparing for an MAEP show that opens Jan. 20, 2011. I spent the better part of the last year working on the show, making all new work except for one piece. My MAEP show really isn’t all that different from my past projects. Except I think I’ve approached some of my work from a broader perspective, and at the same time a much narrower perspective, regarding popular thinking about the landscape and natural world. Also, with this one I knew exactly where it was going to be shown as I was making the work and how much space I would have to work with. That was really unique; usually I am making work and not sure where or when it may be shown.

In the Black Hole and Blind Spots images, there is a big black hole burned into the center of the image. Is there a hole in the print or a big spot on the image? What idea do you hope to get across with this technique?
No, there isn’t a hole in the print. I’ve digitally applied a black spot roughly in the center of each picture. The Black Holes & Blind Spots series is about me being curious, confused, and sort of desperate in a residential landscape. Almost all of the pictures were taken while on walks in my neighborhood in St. Cloud. I usually set-up things to be photographed and this series is a departure from that approach; I haven’t staged anything in the series, everything pictured is exactly how I found it.
What I’ve photographed are things that seem like evidence of peoples’ relationship to the landscape – sometimes a loving or curious relationship, sometimes a pretty boring one and at other times a seemingly aggressive one. For instance, in image No. 14, I photographed this plant in my backyard. It is a beautiful, flowering plant with succulent-like leaves. I would see similar plants in my neighborhood, but I have no idea what it is called so for me that plant exists in this wild, unknown space because it doesn’t have a name (at least to me it doesn’t have a name). I don’t know what to call it and I think that is really exciting. To know this plant in a way that has nothing to do language, but to know it because I see it often, through repetition – in my backyard and around my neighborhood. I can only point it out and describe it, and so the act of photographing it is out of curiosity and desperation.

The black spots on the images are applied digitally afterwards. I first made one while giving a demo in one of my classes about using tools in Photoshop beyond what they are intended to do. So, I had an image on screen and put a large, black spot on the demo image with the burn tool, almost obscuring the whole picture, and mentioned, really off-the-cuff, that if you wanted to make work about black holes this is a way you could start. It was a completely intuitive thing and it really stuck with me. I didn’t save that demo image, but I started putting black holes in images I had taken while on walks, of things in the landscape I had noticed that had made me stop and think. 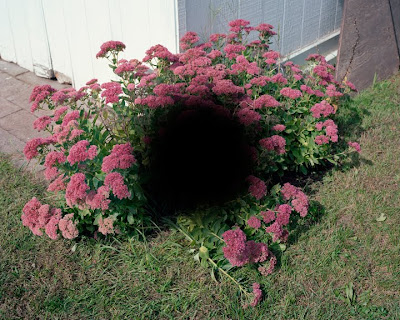 Black Holes & Blind Spots, No. 14 , chromogenic print, 2010
I was also reading a lot about American Transcendentalism (mostly about Emerson and Thoreau) at the time so I was in this mode of thinking about what these moments of pause and contemplation while being outside might mean on a grander scale beyond what the subject matter was in the photograph. So my thinking was primed in a certain way while I was experimenting with applying these black holes. The addition of the black holes became a way I could also cancel or negate the actual image and better characterize my experience of being outside photographing. The subject matter is stuff I’m drawn to, like a black hole, but the act of photographing is really inadequate at conveying my experience of it to my viewer. As blind spots, the black spots cancel the images; acting like a blind spot in my field of vision as well as the viewer’s. I really enjoy how one black spot could have two very different, and really engaging, connotations and become a metaphor for me being outside, walking, and looking around.

What was the best advice given to you as an artist?
I don’t remember a specific quote or anything, but over time I’ve learned to just keep making work no matter what—to keep some sense of momentum in the studio and to keep asking questions. I think I learned that indirectly from past teachers and other artists/friends. I’m confident that one idea will always lead me to another if I let it happen.
Tell me about your working space and your creative process?
I have a studio in my home that I spent last summer really getting into shape. It’s a good little space where I can really focus, leave messes and test out installing work. I also end up working in my garage and back yard when it makes sense for what I am doing at the time. My wife and I have a young son so I don’t usually have big chunks of time to spend in my studio. Between my family life and teaching, I sneak in studio time whenever I can. Beyond working in my studio, my creative process includes a lot of reading and note taking and sketching/drawing – sometimes those activities directly factor into new work and other times those things just keep me on my toes. 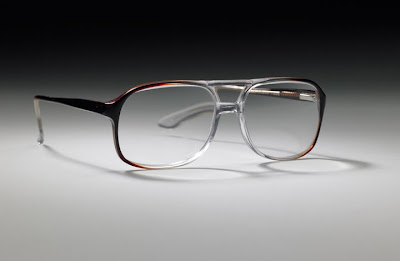 Organic Action, prescription eyeglasses, 2010, Image Credit: Minneapolis Institute of Arts
Which Minnesota artists do you enjoy?
I’m pretty new to Minnesota and don’t know too many Minnesota artists quite yet. I have to say, I work with about half of the people listed below at St. Cloud State and they were a big reason I wanted to move here. However, there is a slightly larger batch of people I am familiar with, some much better than others. I enjoy all of their work and how they seem to think about making things. I’m excited to meet more people over time.
Julie Baugnet
David Bowen
Allen Brewer
Adam Caillier
Keith Christiansen
Jan Estep
Bill Gorcica
Hardland/Heartland
Alexa Horochowski
Shana Kaplow
Paula McCartney
Justin Newhall
David Petersen
Justin Quinn
David Sebberson
Joe Sinness
Alec Soth
Bruce Tapola
Margaret Wall-Romana
Rosemary Williams

If I were to follow you around on an “art day” in Minnesota, which places would we go? What would we see?
It’d be an epic day: MIA, Walker Art Center, Midway, Soap Factory, Franklin, They Won’t Find Us Here Gallery, and Dressing Room.

I’d also have us check out Kiehle Gallery and The Gallery Vault both up in St. Cloud (Gallery Vault is a new student-run space in downtown St. Cloud). I’d also probably ask you to take me a couple places that I didn’t know about or haven’t had a chance to get to yet. Sometimes smaller historical society museums are pretty great. 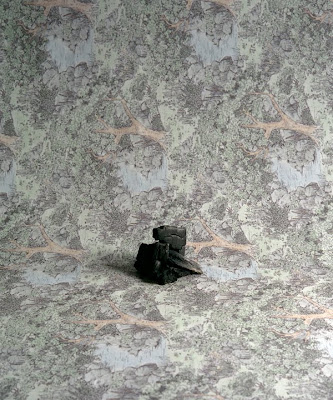 A Time Remembered, chromogenic print, 2010
Where do you go online for good art resources, whether to find a new artist, or to see what is going on in the art world locally and otherwise?
I check these resources pretty frequently. Each one does something a little different and helps me find new work or points me in a direction for more information.

Nate Larson – Nate keeps a good list of links without trying to be exhaustive.
http://natelarson.com/links.htm 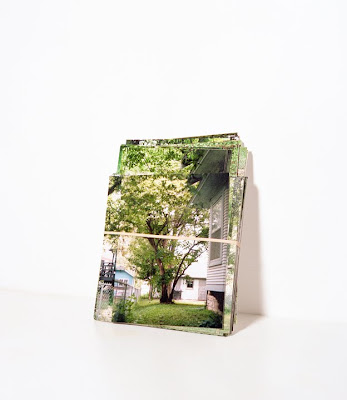 Witness Tree, archival pigment print, 2010
Do you have any exhibits or any interesting things going on in your life or coming up in the near future?
I mentioned the MAEP show that opens in January. I have four photo-based books in a show called Small Magic: Photographic Transformations at Maryland Art Place in Baltimore. I’ll be heading out there to do a talk at MICA (Maryland Institute of Art) and a workshop at Maryland Art Place in February. I’m also headed to Atlanta for a photography conference in March where I’ll be part of a panel talking about how photography, science and suspicion connect together. And my son turns two in the spring, which seems like a big milestone for him and for my wife and I.

Shots Magazine
Posted by Michael McGraw - www.Local-Artist-Interviews.com at 6:28 AM