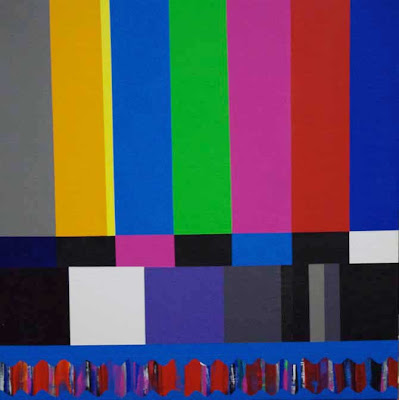 Tom Riggle
MNArtists.org Profile
email: grainbeltart@gmail.com
Bio:~
Tom Riggle is a Minneapolis based artist who received his BFA
from the Minneapolis College of Art & Design. In 2006, he was invited
to and participated in a Contemporary Art Show at the National Academy
Museum in New York City as part of the 181st Annual Invitational
Exhibition of Contemporary artists with 124 of the finest American
artists from across the country. Some notable artists exhibiting work
at the museum were Lynda Benglis, Susanne Doremus, Trenton Doyle
Hancock, Sylvia Plimack Mangold,Pat Steir, Enrique Chagoya, Kiki
Smith, John Chamberlain and many others. Tom has also been invited in
both 2007 and 2011 to exhibit his work at the Florence Biennle in
Florence, Italy. Previously Tom has exhibited work at Flanders
Gallery in South Minneapolis and at Art Chicago. His studio is in the
Grainbelt Bottling House in NE Minneapolis.
Tell me about your work.
I'm a painter with an interest in many different things/styles. I've
been working on several bodies of work in the last few years.
One series is abstract where I'm interested in color and the resists
of different chemicals/mediums. Oil and water for example resist each
other. I explore oil mediums and look for those kinds of interesting
reactions. I really enjoy making these because of the process, it
takes some of the control away from me. I encounter lots of trial and
error. The process takes me almost to the point of chaos, but when
things work out there are some amazing reactions.
Another series is color bar paintings. A simple explanation (beyond
all the art speak and references of color field painting) is I enjoy
the composition and you never see the color bars on your television
anymore when programming goes off the air. When I was a kid the color
bars indicated it was time for me to go to bed. Now the TV is 24 hrs
and never goes off the air therefore there is a entire generation that
won't experience the color bars. I find that interesting and somewhat
profound. It makes me recognize my mortality.
I also have a series of figurative work; some painted and others done
with pen and whiteout. The paintings are very expressive and
influenced by social narratives and politics. The pen drawings I've
been doing for sometime but have recently evolved into something
completely different.
What are you currently working on?
The pen drawings. 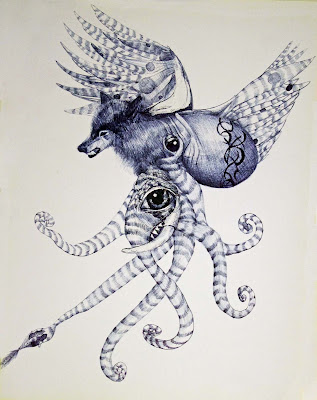 How is this different from past projects?
It happened more by accident than by design. I started drawing and
the next thing I knew I was morphing a wolf with an octopus. Then I
started to think about what they hunted and so on. Now I've started a
series of drawings that have to do with this idea of hunter and prey
and how they can interchange. I wanted to empower the prey and have us
wonder which is which.
This series is different because I'm repeating some of the imagery.
Instead of trying to recreate the wheel, I'm allowing myself to have
fun with these images and they are becoming something...characters
maybe...definitely something I've never done before. The truth is this
series is so new I'm still in the discovery stage and I'm just excited
that I like it. 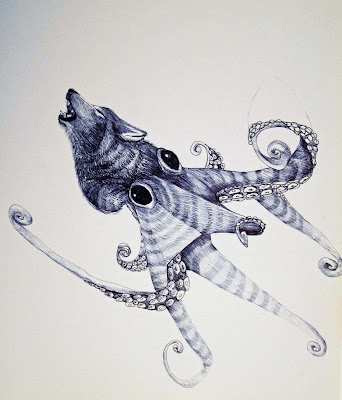 What was the best advise given to you as an artist?
The best advice was probably from Robert Colescott who did some
studio visits at MCAD (Minneapolis College of Art and Design) when he
had a show at the Walker several years ago. He said to look for what
"was working" in a painting. In our critiques at school we always
picked out what "wasn't working" in someone's work but its hard to know
what's working if your always looking for what isn't. It opened my
eyes to another way to approach my work. If you concentrate on what
is working, what is not working will fix itself.
Tell me about your working space?
I share a space with Joe Greco in the Grainbelt Bottling House in NE
Minneapolis, MN. The building is unique in that the middle of the
building is empty and has a three story ceiling. We've had some great
shows there. Because of the amount of floor and wall space we can
have a variety of work in the building. We've had bands, dancers,
performance artists, installations, films, paintings and sculptures
all in the same show and in some instances all at once. 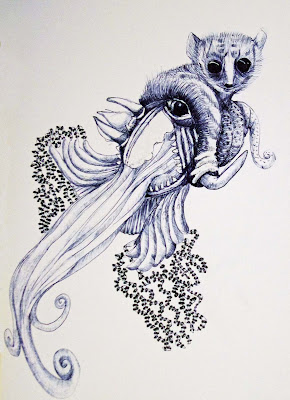 And your creative process?
I'd say a train wreck, at least at times. I really just try to pay
attention to everything because you never know where inspiration will
come from. Instead of looking for it, I just roll with it and hope to
catch it when it's there. When I force inspiration then that's when
everything comes off the tracks.
Which Minnesota artists do you enjoy?
There are a lot of great artists in town but I really enjoy Michael
Thomsen; his sculptures or wall reliefs always inspire me. Also I have
just been turned onto Aaron Horkey's work and really dig what he's
doing. He just did a show in Windom, MN called Midwestern Heart.
Apparently it could have been in any major city but he wanted his
friends and family to be able to see it. That makes me dig his work
even more. 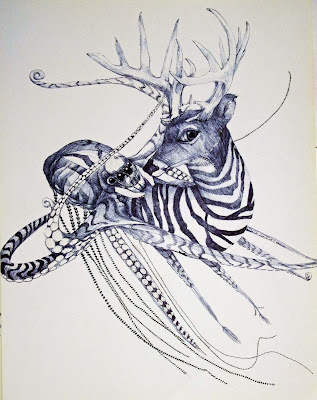 Where do you go online for good art resources, or to find a new
artist, or to see what's going on in the art world locally or
nationally?
Hi-Fructose has a great online site. That's how I found out about
Aaron Horkey. With that said Tarnish & Gold look promising and I've
always liked Rogue Buddha.
If I were to follow you around for an "art day" in Minnesota where would we go?
We could always do the standards however we would take a drive to the
top of the state, the gunflint trail, it's very peaceful and really
unbelievable. A great art day for me is to clear everything out and
take in what's around. I don't paint from nature but it's having more
and more of a role. Living in the city does that...we believe it
contains all of our aspirations- commerce, innovation, entertainment,
our cosmopolitan persona. Really it's just separating us from the
earth, going up to the gunflint trail reminds me of that and inspires
something greater. 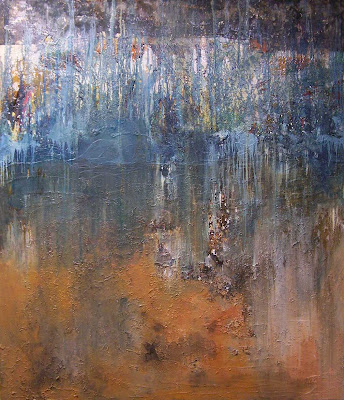