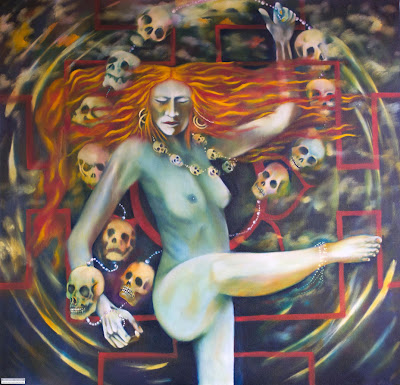 
Tell me about your work? What are you currently working on? How is this different from past projects?

I am currently working on a triptych of three 8ft by 4ft oil on wood panels. The theme of the work reflects different aspects of human awaking and the possibilities that arise when we escape our conditioning.

My past projects have been single works either oil on canvas or pastel on paper and a limited edition tarot deck of the 22 major arcana cards http://rogerwilliamsonart.com/tarot-of-the-morning-star-5/

There was no decision I evolved into it.  When I was sixteen, I sacrificed an opportunity to pursue a career in art to play music which took me through the 1960’s and 70’s.  Because of my adventures in music I feel the art I now create has strength, timbre and vibrancy it may not have had if I had chosen to taken a different path.

Pass it on, let experiences and learning pass through you so that others can benefit from them.  Nothing is owned, everything is on loan.

To be honest the painters I like are from the late 19th century, Jean Delville, Fernand Khnopff, the Fin de Siècle and the symbolist movement in general.

If I were to follow you around to see art in Minnesota, which places would we go? What would we see?
I would begin at the MIA 19th early 20th century paintings.
Stevens Square Center for the Arts http://www.stevensarts.org/
Gamut Gallery Minneapolis http://www.gamutgallerympls.com/
Altered Esthetics http://www.alteredesthetics.org/
Afton State Park http://www.dnr.state.mn.us/state_parks/afton/index.html
--Although not an art gallery in the traditional sense I find it extremely inspiring as it has a very mystical and other worldly feel.. 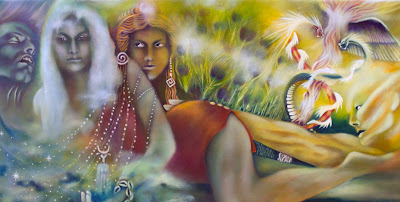 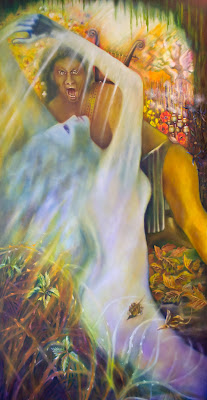 Do you have any exhibits to promote in the near future?  Yes
Chimera at Stevens Square Center for the Arts (SSCA), Third Avenue S., Minneapolis, MN  55404.
Opening: Saturday August 3rd 7pm through 10:30pm.  Exhibit runs through Sunday August 25th, 2013

What can we expect to see from you in the future?
More depictions of ancient myths.  Myths I believe are tools that guide and encourage us through life’s drama. 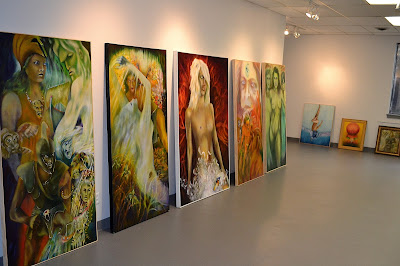