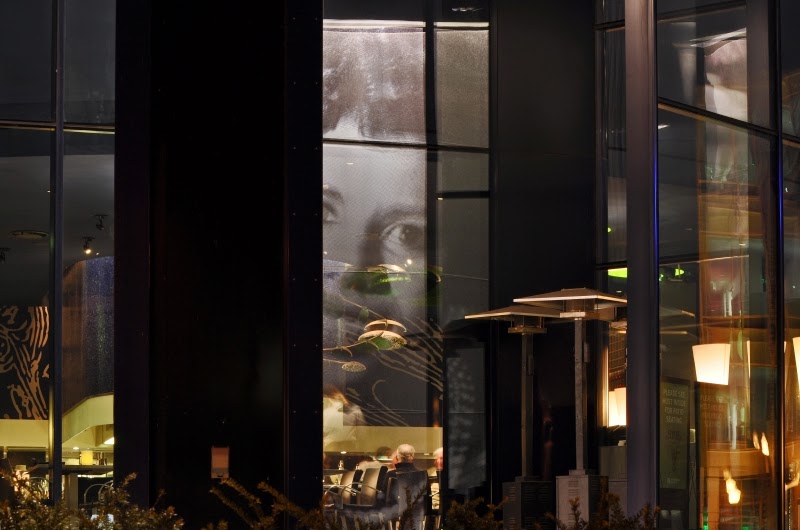 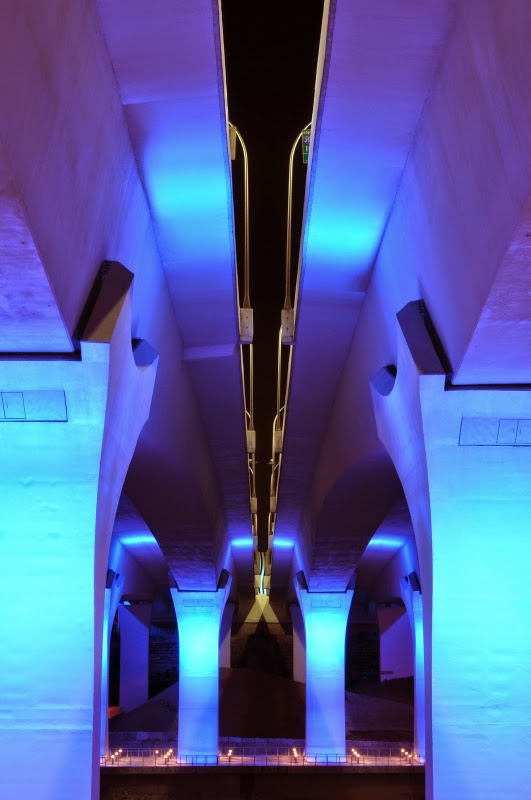 Tell me about your work? What are you currently working on? How is this different from past projects?
I think the best way to describe my work is to include here, in full, my 2014 Artist’s Statement:

I harbor a deep mistrust of Artist's Statements.  At best, they tend to prejudice or otherwise interfere with a viewer's response to the work.  At worst, they are misleading, exaggerated, pompous, confusing, etc.  The less dangerous among them take on the characteristics of a powerful sleeping pill.

That said, I believe such a statement can be of value if approached with caution by both writer and reader.  Ideally the art will be viewed first, the statement looked at later as supplementary.  An artist may wish to share, as simply and honestly as possible, something of his or her intent in creating the work, reveal sources of inspiration, or say something about process and technique.  Elaborate explanation or justification tends to go bad quickly, not unlike a banana in a paper sack.  "Art" which requires explanation or justification has no legs of its own, or if it is good work, the rhetoric only gets in the way.

I enjoy the active nature of photography, the pleasures of the hunt for the image.  For me the process involves becoming open and receptive to whatever presents itself; however, one discovers through experience that certain times of day (or night) and qualities of light may be preferable, and that certain motifs tend to insist on repeated looks.

Technically, my approach to the photographic image is to emphasize the moment of exposure rather than post-processing.  I like to keep editing to a minimum.  I am drawn to the comparative serenity of the still photograph as an antidote to the barrage of high-speed graphics pelting us out of screens everywhere.

I have little patience for overtly political or sociological concerns posing as art, which seem always to give off an odor of propaganda.  And there's the danger of compromising one's work to please a specific audience, especially in the pursuit of grants or fellowships.  Here I tend to side with the late critic Hilton Kramer who felt that art was being corrupted by various forms of political correctness, dumbed down by an obsession with gender, race, sexual orientation, etc.  He insisted that true art is manifested in the aesthetic sphere, as something which "engages the eye in a significant or pleasurable visual experience."  Art speaks to us directly in its language of lightness and darkness, color, texture, form, and suggestion of movement.  It is in no way dependent on the sanitized language of the universities or government entities.  At the core of all authentic art lies a mystery which cannot be satisfactorily dissected by academics, activists, or bureaucrats.

Recently my emphasis has been on cityscapes or street scenes in which I'm fascinated with the interplay of natural and artificial light, reflections, and an abundance of often chaotic activity.  The term "border incidents" refers to the process of playfully engaging along borders between, for instance, the abstract and representational, rational and chaotic, conscious and unconscious, or interior and exterior.  Rigid structure and flowing dream-material coexist.  My intent is to uncover beauty, which in lucky moments presents itself always with a healthy dose of ambiguity.  I'm tuning in to the slippery nature of "hard" reality, discovering porous and shifting qualities that question the clarity of objects or facts. 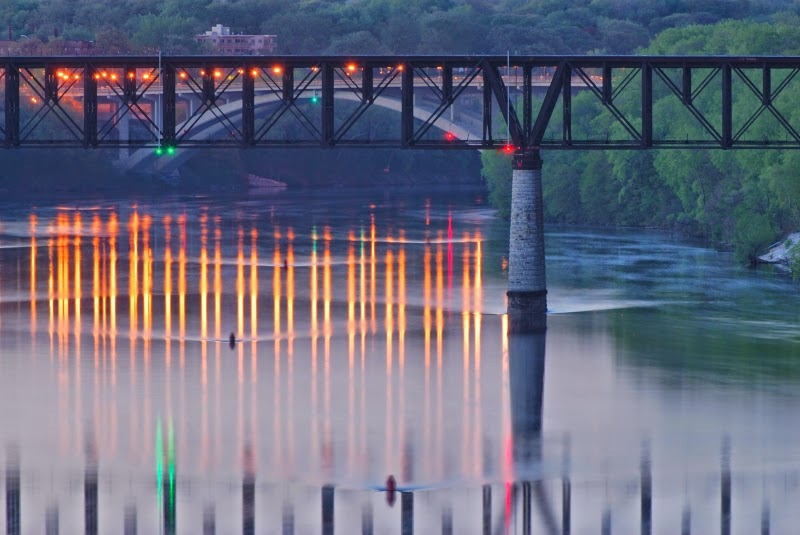 I feel this is more a question of necessity than a deliberate decision.  Perhaps it was influenced by my grandfather who was a hobby painter.  When very young I was fascinated by his process and the tools involved, loved the smell of the oil paints, etc., the texture of the canvas, the look of the preliminary charcoal sketches, the allure of the many pigments in their tubes.
What was the best advice given to you as an artist?
Here I would credit my painting instructor at SMSU, Edward Evans, who taught by example with his work ethic, spending long hours day and night in the studio.  The word “talent” was almost irrelevant, it was diligence and persistence that mattered.
I would also cite a passage from the Tao Te Ching, Stephen Mitchell translation:
A good traveler has no fixed plans
And is not intent upon arriving.
A good artist lets his intuition
Lead him wherever it wants. How do you sell your work?  How do you market yourself?
Thus far I have sold work only through word of mouth, my mn artists website and Facebook page, and a few opportunities to exhibit in local galleries.
Who are some of the Minnesota artists you enjoy?
Duane Ditty http://duaneditty.com
Donna Bruni http://donnabruniart.com/
Jack Dale http://www.jackdalefineart.com
Eleanor McGough http://www.mnartists.org/Eleanor_McGough
James Wrayge http://www.jameswrayge.com
Donna Dralle http://www.donnadralle.com
Shawn McNulty http://www.shawnmcnulty.com
Dean Hawthorne http://www.2001aspace.com/index.html
Richard Cooper http://artconsultingminneapolis.com
Howard Christopherson http://www.iceboxminnesota.com
Michael McGraw http://www.michaelmcgraw.info
Chris Faust http://chrisfaustphoto.com
Robert Roscoe www.robertroscoe.com
And many others! 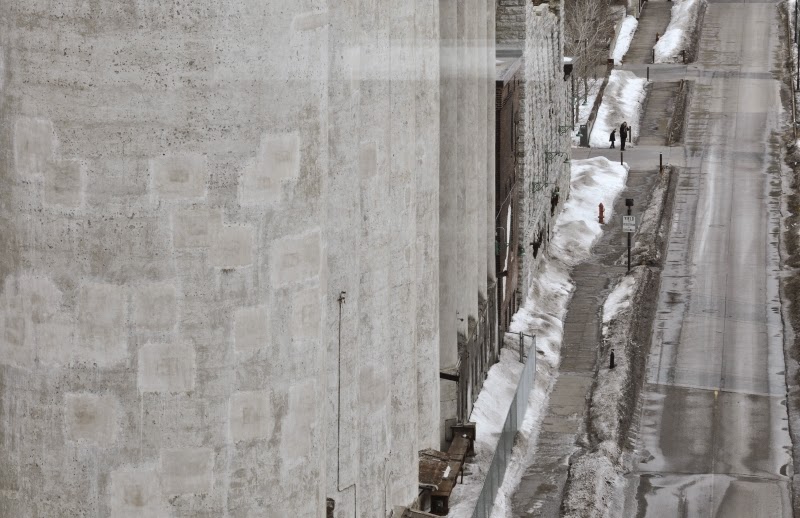 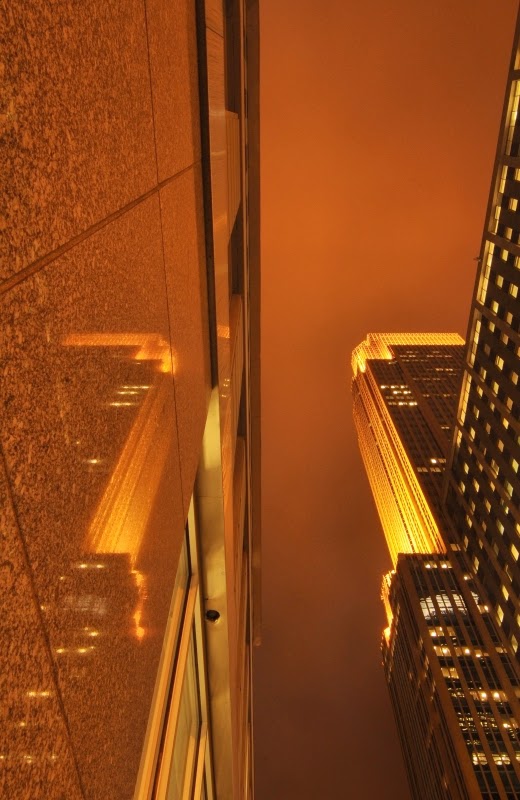 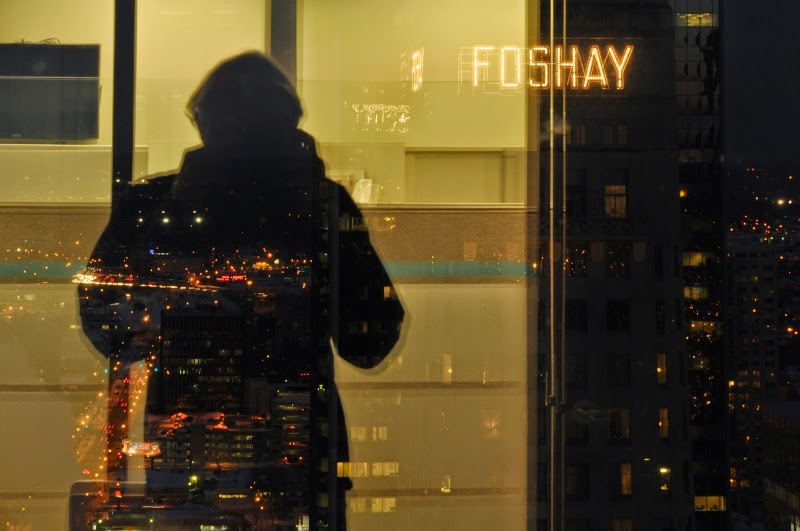 Do you have any exhibits to promote in the near future?
Yes, I have a solo exhibit coming up at 2001 A Space, opening September 19.  Please see attached e-postcard with all the information on this show. www.2001aspace.com. 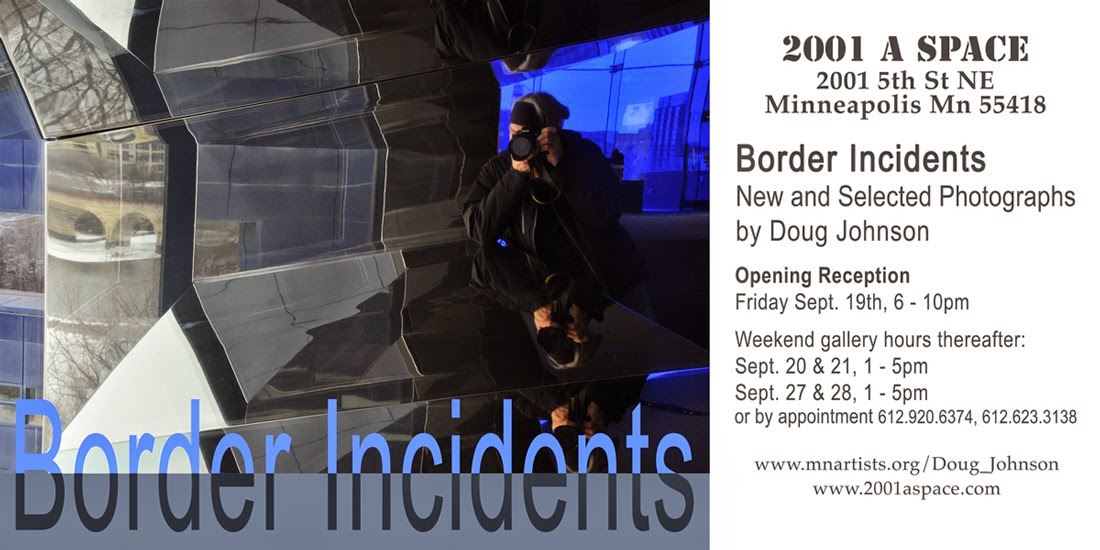