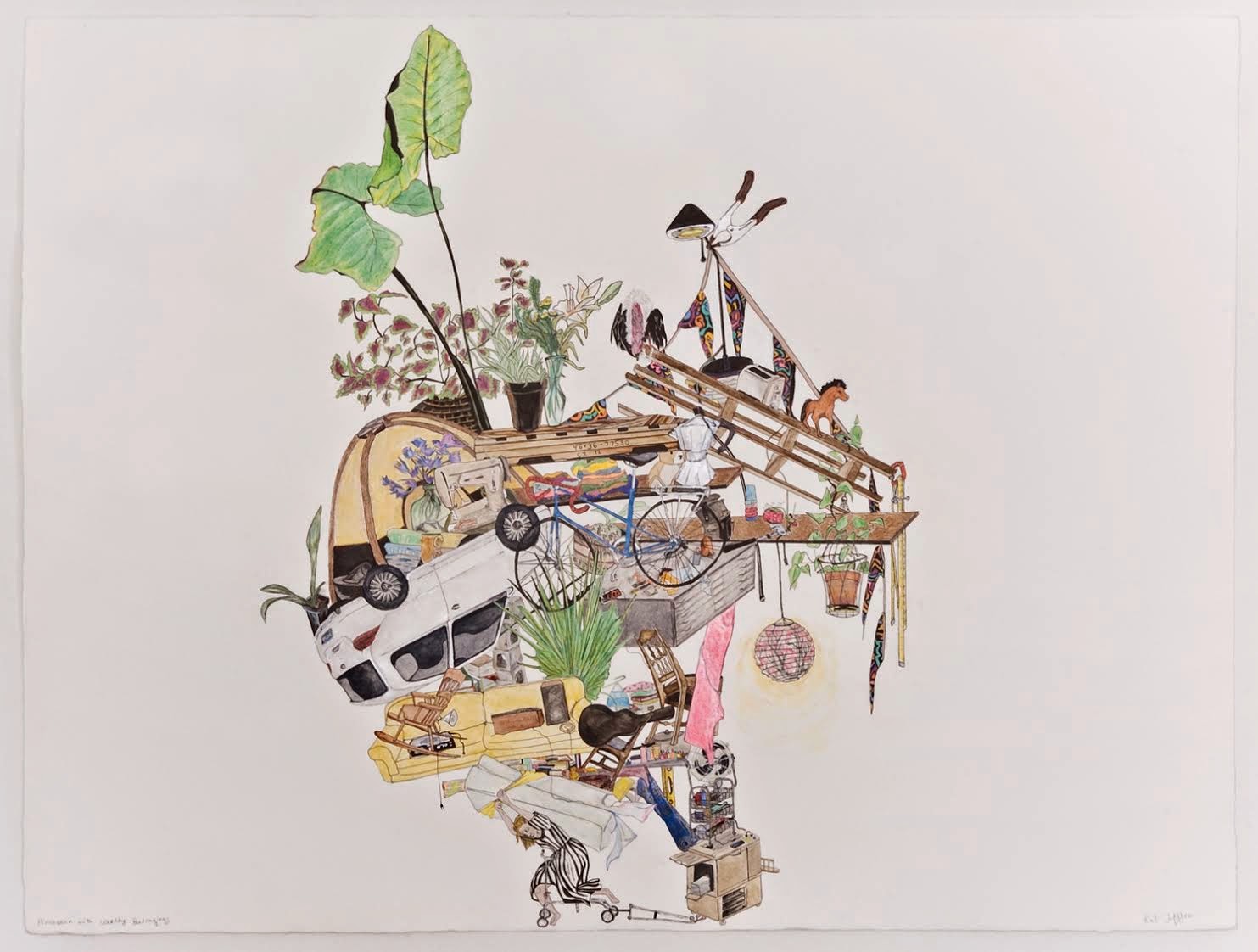 Kit Leffler is a Minneapolis based artist. Leffler’s work often considers authenticity, binary thought, the absorption of truth, and the nuance of self. Taking inspiration from her occupation in a ​science laboratory at the University of Minnesota, Leffler’s work often implements the scientific method, anatomical imagery, and biological narratives. Leffler received her MFA in Printmaking from Edinburgh College of Art (2011) and a BFA in Expanded Media Arts from the University of Kansas (2007).


Tell me about your work? What are you currently working on? How is this different from past projects?

I am currently working a series of drawings that consider “self” through playful illustrations of personal iconography. I have recently read Stiff by Mary Roach, and was terribly inspired by the myriad ways in which our ‘selves’ [bodies] are implemented after death. By considering death & the human figure in this way, it was natural to then consider self in a living creature through a similar more analytical process.

In addition to this inspiration, I have recently undergone foot surgery and have been brought to consider my physical self in a new way: albeit temporarily. To summarize, the body and the nuance of human nature are on my mind; the result is a much more personal body of work than I have previously endeavoured.
​
In the past, I have worked primarily within the media of printmaking. Duration and process - integral elements of the printmaking - allow for alteration, growth, and evolution of imagery as the work is completed. These new drawings feel much more vulnerable: the imagery comes straight out… there’s me, and there’s a great expanse of white paper, and there’s no fixing errors… you have to live with what you get.

How did you decide to become an artist?
I have been enamoured with visuals for as long as I can remember. I grew up taking photos on my mom’s Minolta camera, and I have pretty spectacular vision – 15/20 -which I tend to brag about on occasion. My teenage self was drawn to biology and journalism: drawing anatomy, photographing sports, dissecting various mammals in anatomy class, capturing people in motion…I wasn’t really sure where to put all of these interests, occupationally. When I was just 17, I began working as a freelance photojournalist for the Kansas City Star. I had the idea that I could be a National Geographic Photographer. This seemed like a good fit for a while, but I ultimately wanted more freedom in the visuals I created and was inspired by. Subsequently I switched my major to Expanded Media in undergrad… this was the least genre-specifc of the visual arts majors. At that point the idea of being an “artist” stuck, though I don’t know if I really self-identified as an artist until later in my career. 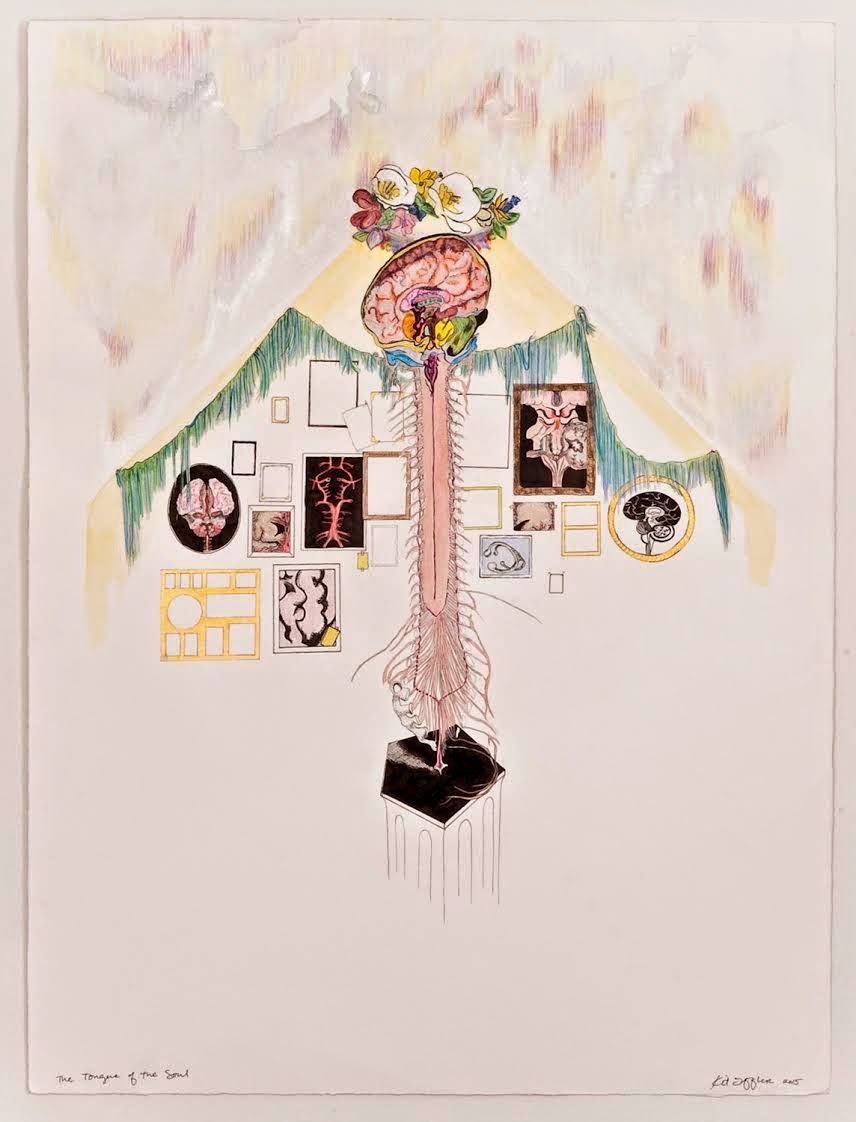 My sister once told me to live so that you don’t have regrets. There have been countless times in which an opportunity I didn’t think I was even at all qualified for has opened up because I threw my hat in the ring. It’s something like this – if you don’t do such and such thing, will you regret it? I implement this way of thought in all aspects of my life, but it has most informed my continuous interest and tenacity in being an artist.

In the past I have freelanced, sold artwork on Etsy, exhibited in unconventional venues, and marketed my work on my website. At this point in my career, I am most interested in expressing myself, and creating work that I want to make. It is more important to me to have a conversation at an opening, or via email, etc. about my work than to sell the work. Of course, it is nice when someone wants to buy something! However, my gratification in the work comes not by sales but by cerebral interactions. I’ve been lucky to find a job which I enjoy and which I don’t take home with me emotionally. 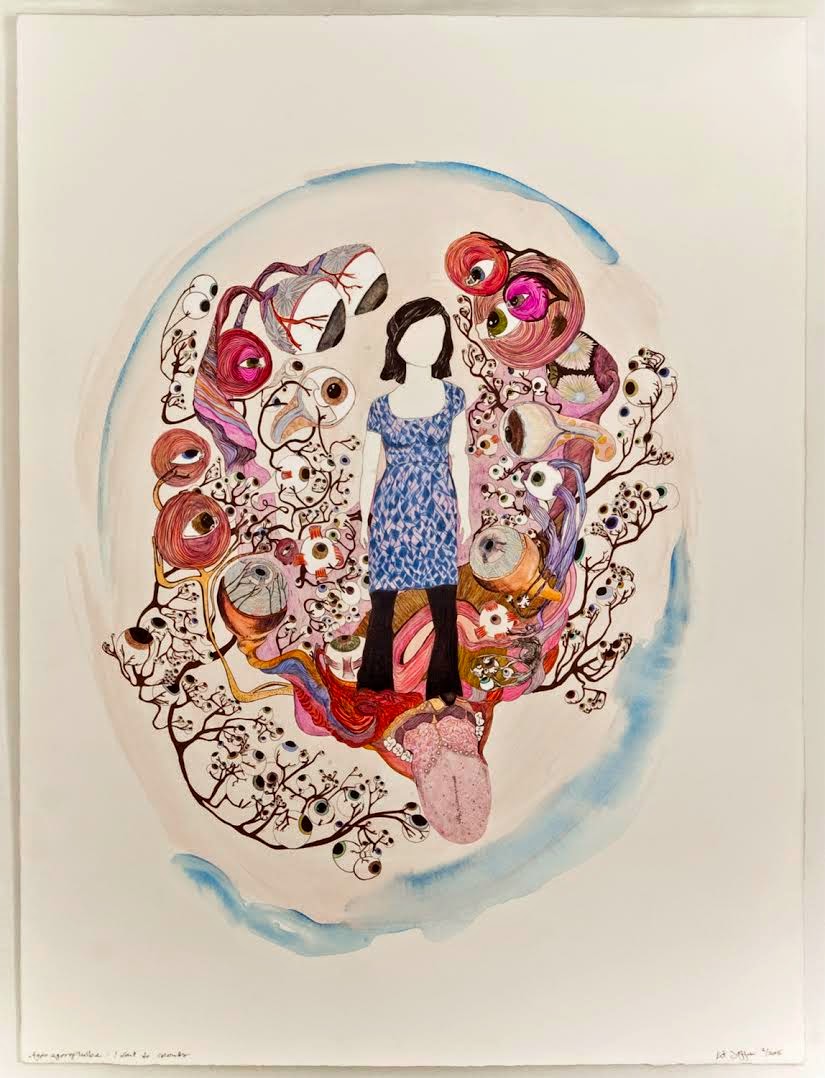 I would probably take a visitor to a variety of art galleries and also to LegUp studio in the Casket arts building to see art in the Twin Cities. I’d also take someone to a performance at the Bedlam, Hearth of the Beast, or Open Eye Figure Theater… I’ve worked within the world of puppetry in Minneapolis and I think this is a very important element of our city’s culture.

Do you have any exhibits to promote in the near future?
Yes, I’m showing my newest group of work at the Southern Gallery & Lobby from March 14- May 1st, 2015.
ˈēɡō - ​New Work by Kit Leffler
Altered Esthetics is pleased to present a group of new drawings from Minneapolis-based artist Kit Leffler. Taking inspiration from her occupation in a science laboratory at the University of Minnesota, Leffler asks the viewer to consider “self” through playful illustrations of personal iconography.​ Themes in the work are inspired by the writings of Mary Roach, the illustrations of Andreas Vesalius, and Leffler’s own experience with anxiety disorder. Through this visual analysis Leffler creates a world in which the nuance and indefinable essence of self can be analyzed candidly and with oblique humor.
The exhibition opening is from 5:30 -7 PM on Saturday March 14.