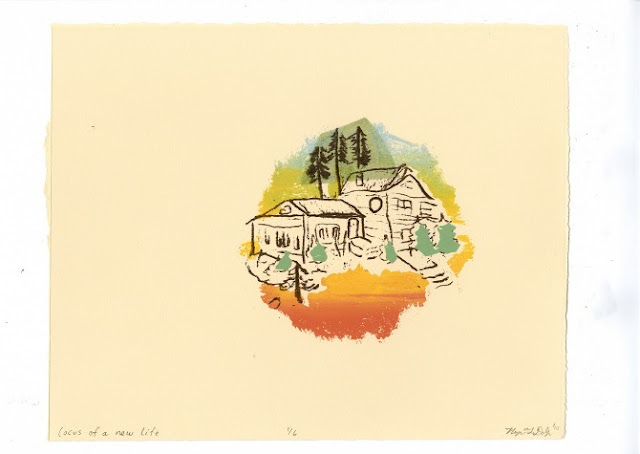 Locus of a New Life

The work I have been making in the past few months since I have moved out here has focused on relocating the studio to be in more places. I don't have a full print shop to work with, and although I will eventually find one, I've been very liberated and inspired in trying to make prints without the space and resources of a professional studio. So I outsourced some recent work to a company that prints on foamcore- usually commercially- but I sent them some drawings and asked to have them blown up and printed enormously large. I don't think they are used to doing anything without a logo or a store’s names them on it. We had a few conversations where I had to verify that my work was indeed what I wanted printed.

Very recently I have been doing some fabric dying and quilting as well, which will be in the upcoming group show I am in at the Future Presence gallery (futurepresencewords.blogspot.com;
https://www.facebook.com/pages/The-Future-Presence-Gallery/195220487163778).

I've never done much fiber work before but the process of quilting has a beautiful inevitability. 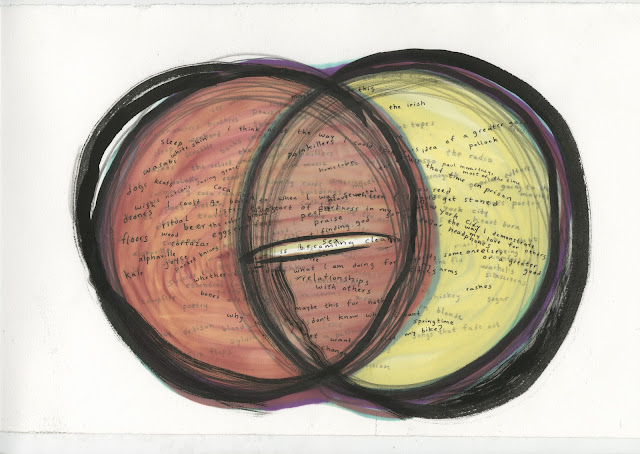 "What is Art?" is certainly too big of a question to ask here, but what do you hope your audience takes away from your art? What statement do you hope to make?

In making art I follow an impulse. Most of what I do starts as an idea that comes in clear, and then I have to wrestle it into reality. I can't translate the pure vision. I made my friend a birthday card about this. In not the same words is said, "I had a vision of this card, and now that I'm making it, it isn't the same, but it’s pretty close, and being pretty close to a vision means that you are pretty close to sincerity". I hope that's true, because if it is, because can see that sincerity.

I also want people to laugh, but know that the work comes from a tough place. Always as funny as sad.

One of my print professors Lissy Blomster once said during a critique, "Guys, remember what people are saying now, because in five years, you won't have ten people in a room talking about just you." That and my first professor of printmaking Xiaowen Chen let our entire class set up for a critique and he looked at the room and said to everyone, "You need to think more about image." He said that fifty times before I realized in frustration that I had never once really thought about what he meant. 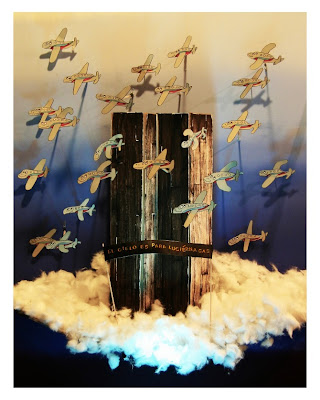 The Sky is for Fireflies/Heaven is for Glow-worms


Tell me about your work space and your creative process.

I've always needed a lot of space. Once I've made a mess in one area, then I make another mess. Eventually these messes become little places to find just the right thing. I could fill a warehouse of tables in an hour, just making a mess on each one, and then going through the place like a ripe garden. For now, this means on a good day the apartment doesn't have a clean surface. Bless those I live with.


Who are some of the Minnesota artists you enjoy?

I don't know yet. I am excited to learn, but I am new here. For now, I am still finding out. But I do like the Suicide Commandos.

My house, Powderhorn Park, Jasmine Deli, The MIA during the day, Taco Taxi, the big graveyard by the lake, Matt's bar, Minnehaha falls, Mayday cafe, the Eastside co-op (where I work), at Hamdi restaurant (http://www.urbanspoon.com/r/29/331639/restaurant/Twin-Cities/Midtown-Phillips/Hamdi-Minneapolis). But also mostly at my house.

My friend Dave's blog is great: ohdavedouglas.blogspot.com. I read a lot of record reviews at Dustedmagazine.com and I love the music blog 20 Jazz Funk Greats (http://www.20jazzfunkgreats.co.uk/wordpress/). Otherwise, I keep my ear open to my more internet savvy friends. Still get a lot from posters. 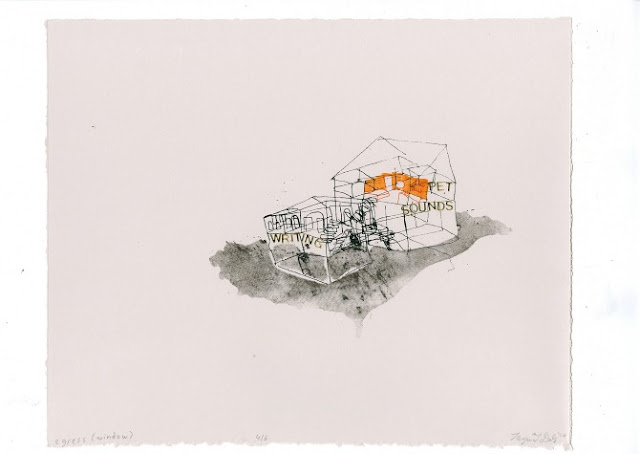 February 23 and 24, 2012 the group show I'm New Here opens at the Future Presence Gallery in northeast. It features work by me and some of my fellows artists who moved out to the cities this year looking for a place to make work.


What can we expect to see from you in the future?

I am eager to make connections with the arts scene here. I think I know what I want to make. What I don't know is how this is going to be a part of a city that is all about its community. I am still new, but I hope that I am figuring it out. There is also some music, probably another quilt, and a video about what fish sauce tastes like. 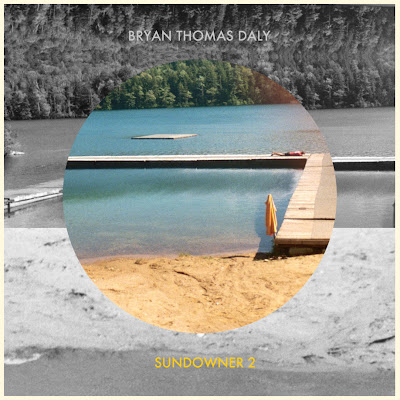 Sundowner 2
Posted by Michael McGraw - www.Local-Artist-Interviews.com at 4:18 AM