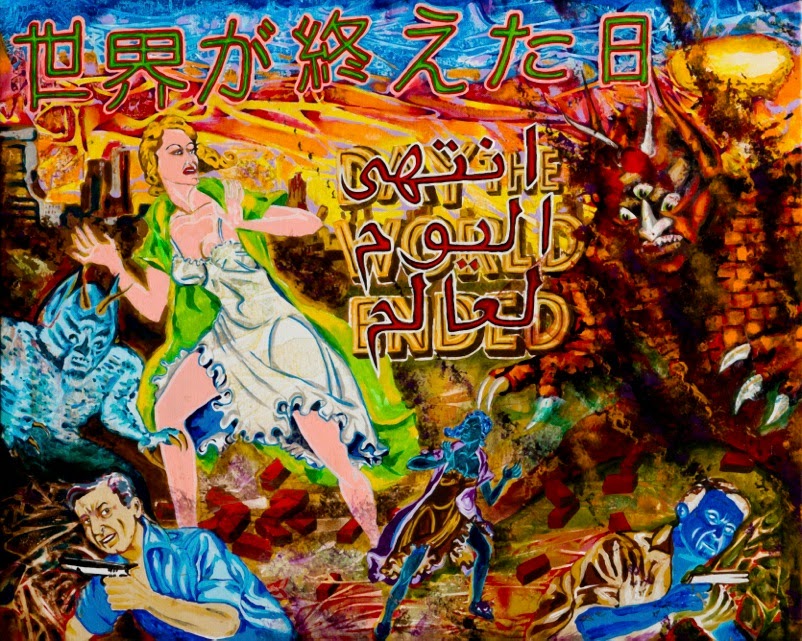 The Day the Earth Stood Still
Charley B Murphy

I like to work in series. This means I get an idea and “work it” until it runs out. In early spring I was working off a book of illustrations of Mexican pop-fiction, mostly horror images. It tied into my past work with science fiction movie posters. Then it segued into picking up my semi-abstract series which I think of as diagrams trying to explain the universe not unlike alchemical drawing from the Middle Ages. Then something very interesting happened. I was paging through a collection of many “doodles” and sketches I’ve done over the years and I wondered what it would be like if I just painted some of my doodles, curious to see if the freedom that was in those drawings could be transferred to a canvas.

My doodles are definitely thematic, mostly interweaving snake-like (or branch-like) tendrils like you could see in either tree roots or cellular structures. On top of that I wanted to “embrace” (if you will) my A.D.D. and see what painting would be like if I allowed my easy-distracted self to be in charge. A color “rule” was to just pick “colors I liked” and try not to think too much about the color wheel (which I’ve always been afraid to learn lest it “limit” me). 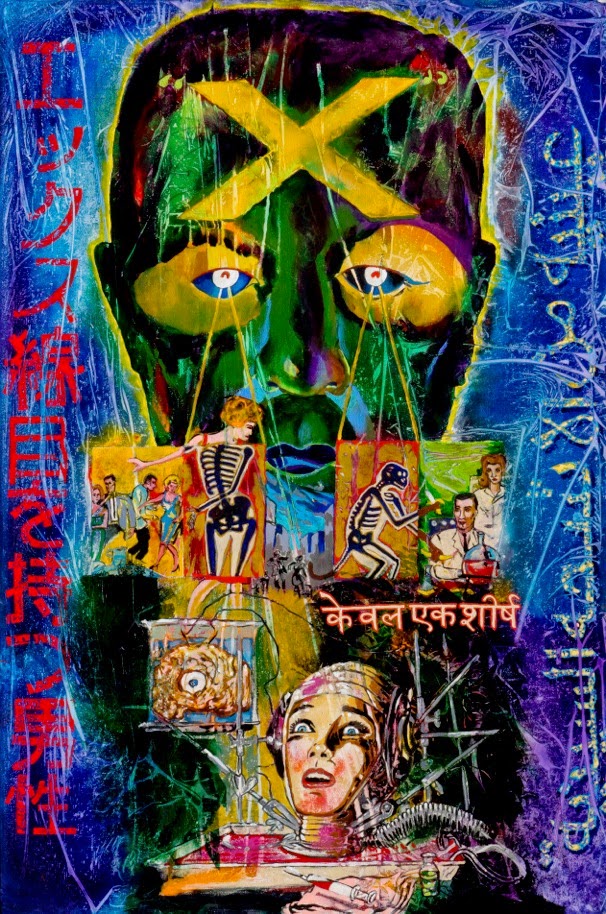 I never “decided” to become an artist. My father was dead-set against the arts and partly in rebellion my early life was focused on creativity which at first focused mainly on filmmaking and writing than art. I drew and painted as a kid, but my interest in filmmaking seemed to suck up that energy in my early adulthood.

I ended up working corporate jobs mostly unrelated to art. I did have a stint as a commercial illustrator thinking “do what you love” but I hated it. I didn’t like using my artwork that way.

It wasn’t until many years later that I took up painting again. I started painting “fun” furniture for my kids with cartoonish images and realized I had to continue doing this…and a lot more of it. We moved to a house that had a space I could grow into and the painting just took me over, shouldering its way in past other ongoing creative activities like writing novels. 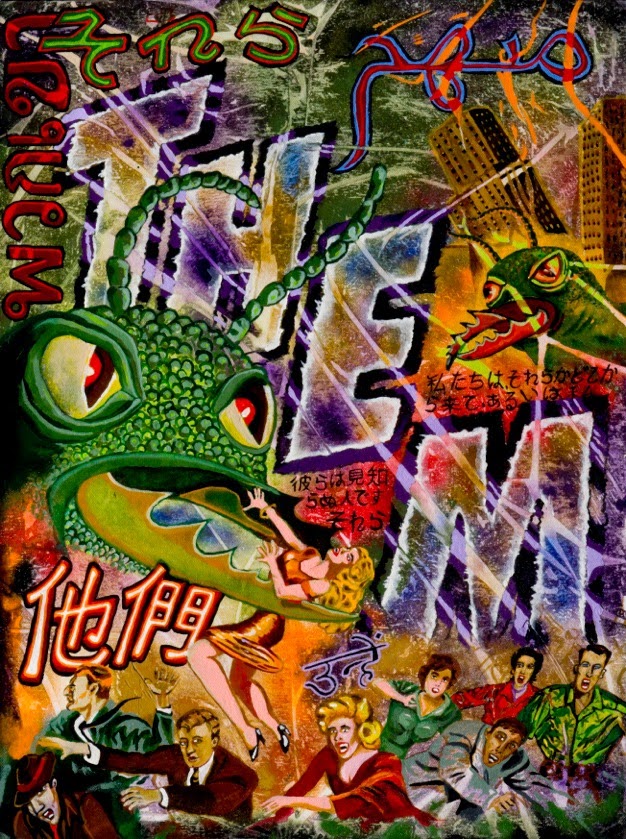 This is a tough question. I have to think really hard about any advice I ever “got” from anyone. Most of my art life is self-taught (never went to art school) and has grown out of my interests.

There are a couple of pieces of advice I got about writing that are applicable to painting. One is from the American poet, Charles Olson, who in his 1950 poetic manifesto, “Projective Verse,” states:

ONE PERCEPTION MUST IMMEDIATELY AND DIRECTLY LEAD TO A FURTHER PERCEPTION. It means exactly what it says, is a matter of, at all points (even, I should say, of our management of daily reality as of the daily work) get on with it, keep moving, keep in, speed, the nerves, their speed, the perceptions, theirs, the acts, the split second acts, the whole business, keep it moving as fast as you can citizen. And if you also set up as a poet, USE USE USE the process at all points, in any given poem always, always one perception must must must MOVE, INSTANTER, ON ANOTHER!

Another piece of advice that a writing teacher gave me (he attributed it to someone else but I haven’t been able to find the original), was this: find a doorway (you never went through in your life) and send a character through it. While this is a bit tough to apply to painting, the idea that one’s inner artist can be a “character”, ie. a part of yourself but not totally identified with yourself (or your “day” self), I think can be very useful. A Jungian psychologist once explained it as “the third voice”… which is what we refer to when we say, “I got an idea.” You got an idea from where? Or: “it came through me.” Where did “it” come from. The idea is that one use of the passive voice is that we don’t “own” our ideas (hence we are not on the hook to “be” creative) we merely listen to and respond to the information coming through us. 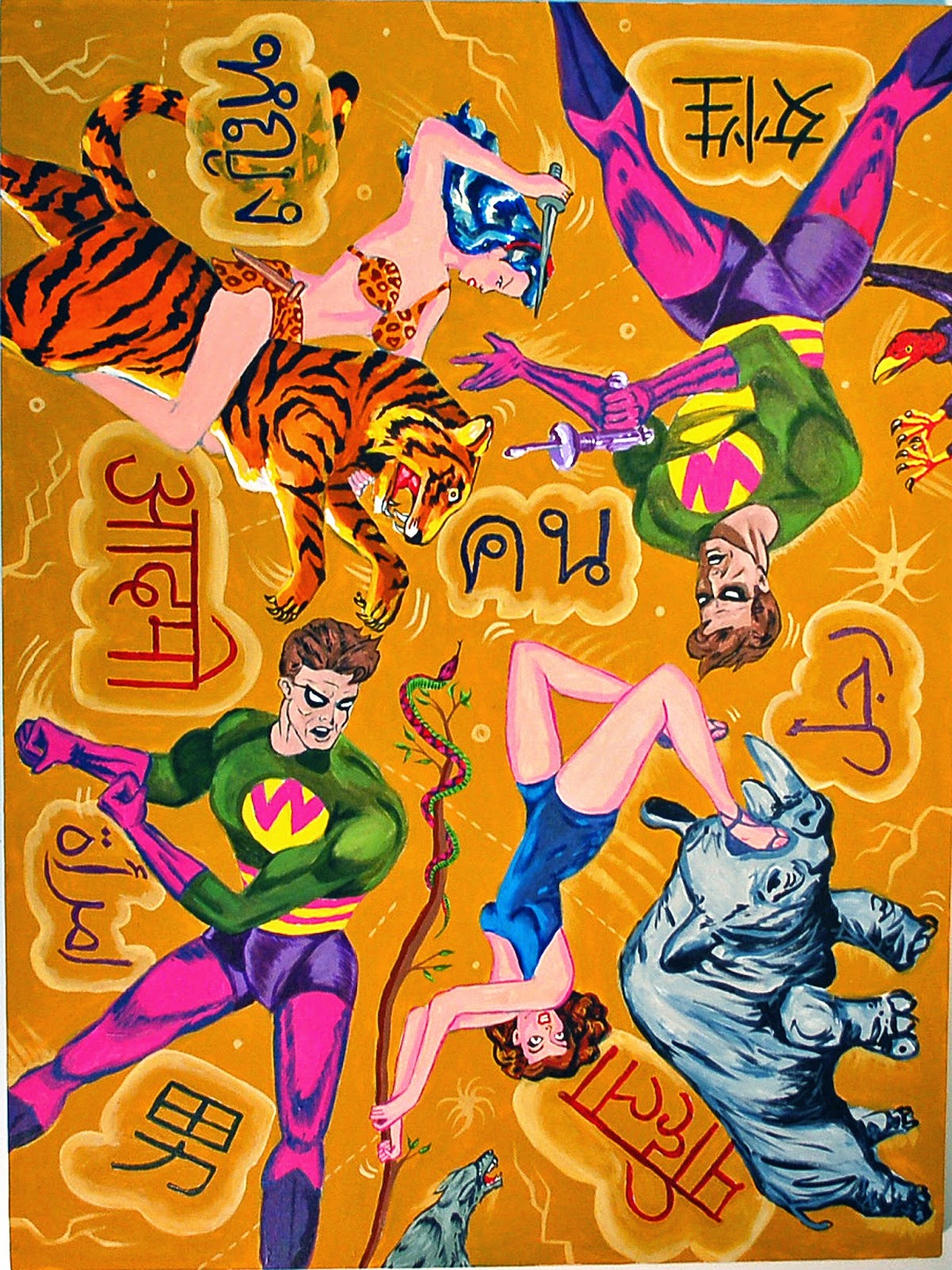 I don’t often tell this story but it’s time to go public with it. I had a visitation from an extraterrestrial. I didn’t see the ship he (or ‘it’) came in, but he looked pretty much like your typical ET from the movies. We were able to communicate psychically. He was here on a mission to explore what humans call “art.”

He was particularly interested in the notion of “selling art” as the equivalent of artists on his planet are either not allowed to sell their art (I wasn’t clear if this prohibition was legal or religious in nature) or weren’t able to conceive of a situation where they exchanged their “art” for a common currency they could use to purchase food and so forth.

I wasn’t able to understand their economy so I was at a disadvantage here in trying to make sense of this prohibition. Apparently, on their planet, art is “sacred” and not open to commodification. It’s hard to find an earthly equivalent, but perhaps prayer is close. Most people would not buy and sell their prayers (nor their dreams) though there are entrepreneurs who manage the equivalent of selling prayers (as the ancient Catholic church sold “indulgences” that allowed you to take years off your sentence in Hell.)

I am personally not opposed to how our society functions vis a vis currency being exchanged for goods for the most part, but this visitation by my alien friend affected me deeply. Maybe he did something to my brain, perhaps an implant. But after his visit I found it very difficult to promote my “art” as a commodity to be “sold” to strangers. I never felt bad for others doing this, it was more like this kind of transaction became cursed or verboten to my soul and I was not able to partake in it.

I tell you this now with some trepidation as I know how those who speak to aliens are generally regarded, even in the creative community. But it’s time to go public. Perhaps there are others out there who shy away from the market either because of similar “visits” or visits that have been wiped from their brains (or negated by an implant.) But we are legion. And it is time to claim our right not to sell our art.

Having said that here’s my Etsy and Saatchi sites: 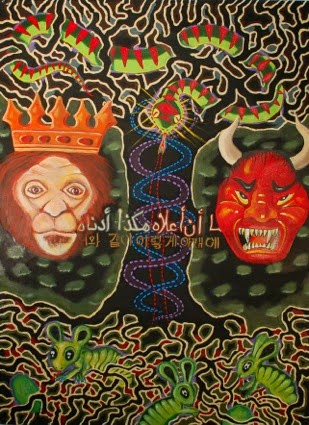 I’m sure there are many Minnesota artists I would enjoy if I ever left my studio. I pretty much only go to openings if they are for friends. Most of the artists I talk to are in Stillwater Prison where I volunteer as an assistant art teacher. I’ve been doing that for five years. I bring in print outs of my work and discuss it with them. They discuss their art with me.

Well, as I said above, most art I see on a weekly basis is at the prison. I do occasionally go to the Walker Art Center. I did see the show Cinematheque Tangier, by Yto Barrada which I enjoyed, particularly the hand-painted movie posters that reminded me of things I was doing with my science fiction poster series. I also saw their show 9 Artists which was stimulating. I have to mention the Magritte show, The Mystery of the Ordinary, at MOMA which was not in Minnesota, but “filled me up” for some time. 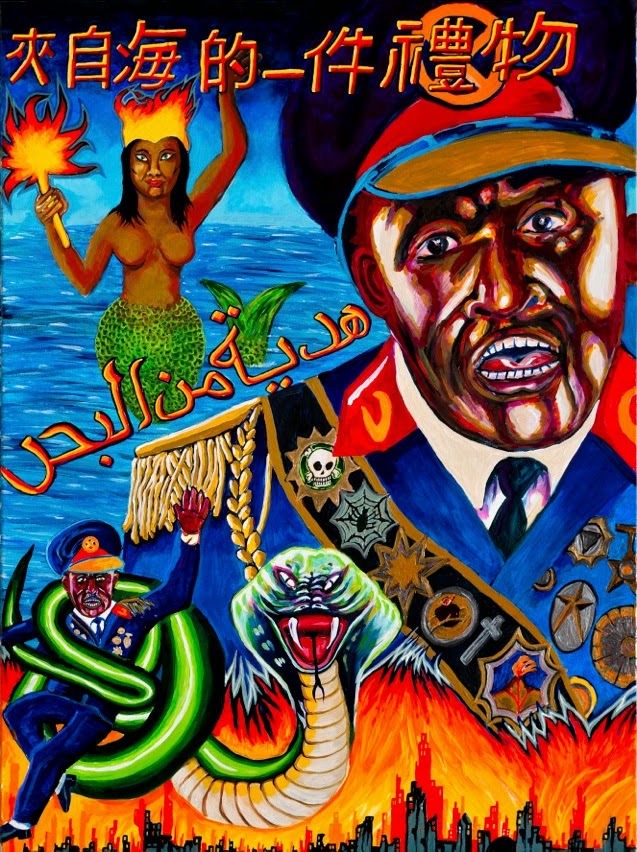 I still get much inspiration from outsider artists at Raw Magazine (www.rawvision.com) as well as the pop-surrealists at Juxtapoz Magazine (www.juxtapoz.com). 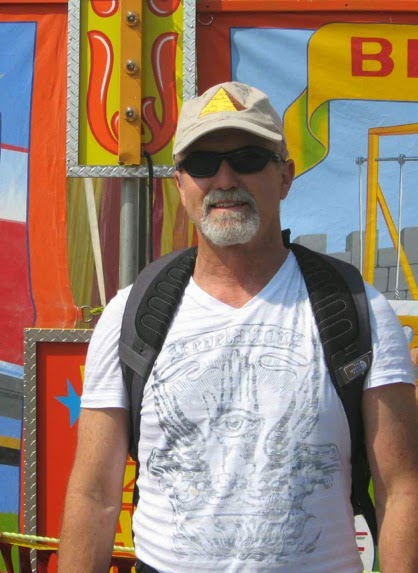 I have 5 few pieces in It Came from the Q.arma Building exhibition with Altered Esthetics, July 3-29 at the Southern Theater in Minneapolis. Reception Friday 7/25 - 6-9pm/