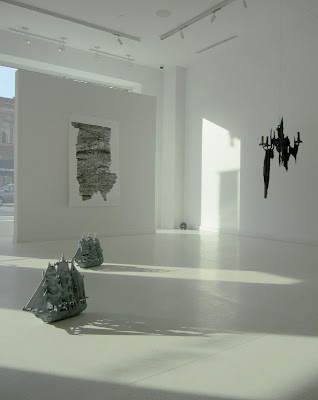 
Tell me about your work? What are you currently working on? How is this different from past projects?
Much of what I’m doing now is more elemental than previous work, and because of this it’s lost a certain intelligibility. This is definitely a good thing. There are unmistakable allusions and the occasional stark message (e.g. memento mori), but the objects are looser in their function now, whereas in the past what I tended to do with objects in space was in the interest of achieving a particular idea, whether it was “the trials of love”, or “immigrant identity”, or whatever. Now things are less clear. The ambiguities are wider ranging and more lively.
"What is Art?" is certainly too big of a question to ask here, but what do you hope your audience takes away from your art? What statement do you hope to make?
Any artwork, if it has any real value, presents a dilemma between first and second impressions. The second impression might be virtually identical to the first, or the piece might become increasingly annoying and meaningless, as so much cultural material is – popular songs, ‘iconic’ images, the same ad or message, and so on.

The fruitful second impression is what I’m after in other people’s work and my own. It represents a deliberate return to the work, allowing it to grow as a possible answer: to itself, to a problem in the viewer’s personal life, in the world, whatever exceeds the mere appearance or initial meaning of the work. This “mere” appearance is important, certainly, because as physical beings we have to deal with space in such a crude way – filling our lungs and our stomachs, emptying them, stepping onto solid surfaces rather than into holes. 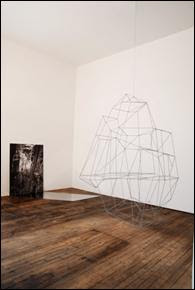 But the greater life of a thing, its potential to be long-lived, concerns its capacity for interacting with other things – in other words its transformation. This applies to both living organisms and their objects. So, as far as making a definitive statement through the work, or determining what the work itself is saying, I’m looking more to the viewer to do that.

What was the best advice given to you as an artist?
Be easily distracted. 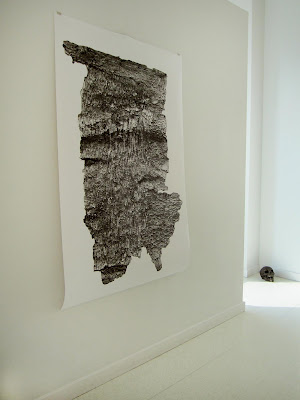 Tell me about your work space and your creative process.
I own a storefront property that has my studio on the first floor and my living space on the second floor, which facilitates my entry to the workspace, but keeps the dust and fumes sufficiently discrete. A renter in the back section of the building makes it easier to afford the size of the space, which is ideal if my work doesn’t get any bigger.


Who are some of the Minnesota artists you enjoy?
I get a great deal of pleasure from Stephen Rife, though he doesn’t exhibit much publicly. I pretty much have him to myself. I might occasionally cast a sideways glance at Matt Bakkom, Janet Lobberecht, Aaron Spangler, Bruce Tapola – that sort of genius.


If I were to follow you around to see art in Minnesota, which places would we go? What would we see?
The ethnic markets we have here in the metro area are a good resource for ideas – for getting out of the Minnesota I know without actually leaving the State. So, it’s economical, for one. The most interesting of these is, for me, the Hmong Market in Frogtown, and it should be picking up in energy and scale now that the weather is better.


Where do you go online for good art resources, whether to find a new artist, or to see what is going on in the art world locally and otherwise?
I learn about artists by attending artist talks at the Walker Art Center, Midway Contemporary, University of Minnesota, MCAD and other institutions. I’ll often research an artist on the web before I go to hear them speak. Nothing beats traveling to major art centers such as New York and Buenos Aires. 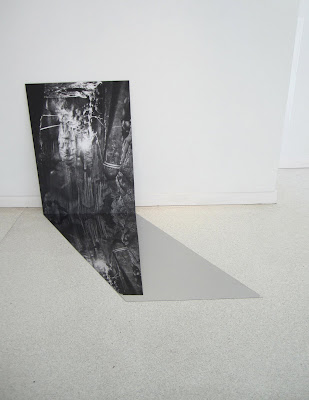 What can we expect to see from you in the future?
Horochowski’s Creates Virtual Landscapes in “Cloud Cave” opens at the Burnet Gallery at the Chambers Hotel this week and runs through July 4, 2011.
Opening Reception: Friday, May 6 from 6-9pm