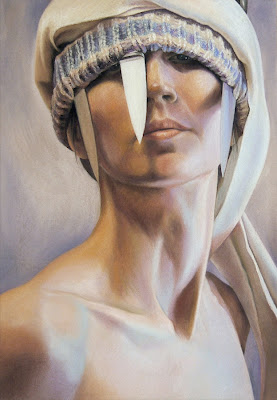 Why did you leave Minnesota?
Other than to leave for graduate school, I lived in Minnesota from age 7 until my late 30s.  During most of that time, I lived in Moorhead.  Moorhead and Fargo, North Dakota, are twin cities.  I first moved to Fargo because the house I was renting in Moorhead flooded badly in a summer flash flood.  Five years later, I bought a house in Fargo.  It was exactly the kind older home I was looking for and nothing in Moorhead that was available at that time fit the ticket. 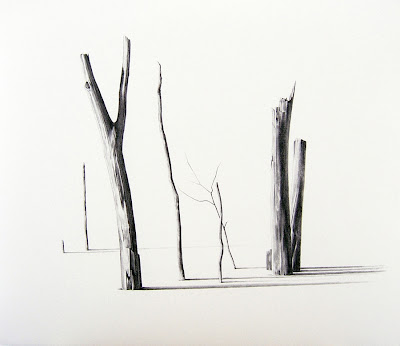 Tell me about your new city of residence?

Truly, in many ways, it is not a “new” city for me.  “Fargo-Moorhead” is an interconnected urban area of over 165,000 that also includes a couple of smaller communities on both the Minnesota and North Dakota sides. Although I still feel like a resident of Fargo-Moorhead, the longer I have lived in Fargo the more I have moved to identifying with North Dakota, the state, as my home.  This is because I am interested in a number of political and environmental issues.  Because I can affect such things both through activism and by voting as a resident, I have begun to pay more and more attention to what is happening in North Dakota.

There are issues specific to the state that are distinctly different than issues in the state of Minnesota.  For example, through a project of the Archibald Bush Foundation, I was part of a group that worked to identify what issues impact artistic participation in the Dakotas.  I am also concerned about the political leadership that has allowed widespread environmental destruction in a large area of North Dakota by allowing almost unfettered oil extraction. These are just two examples of how my new residency has influenced my participation and awareness. 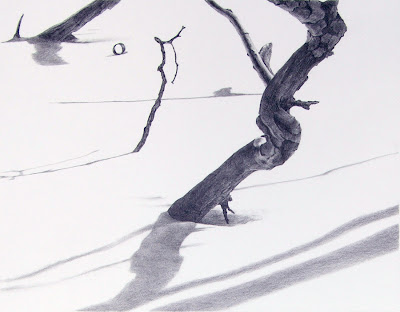 Haiku
How has your art changed since moving from Minnesota?

In 2004, I started to explore landscape.  Until then, I had exclusively worked as a figurative artist.  However, I have always had a passion for many things outdoors and decided to explore integrating that passion with my art.  Interestingly, at first I didn’t think I had any interest in the North Dakota prairies.  Instead, I headed up to the North Shore along Lake Superior in Minnesota and the Upper Peninsula of Michigan.  However, those places are hours from where I live.  So I also started taking shorter day trips to areas closer to my home, such as the Sheyenne National Grasslands in North Dakota.  Slowly, I started to develop a sense for the aesthetic of the prairie.  The bright summer sun and the brilliance of the white glaring off of the prairie draped in snow now imbues much of my work, even crossing over to affect the aesthetic of my figurative work. 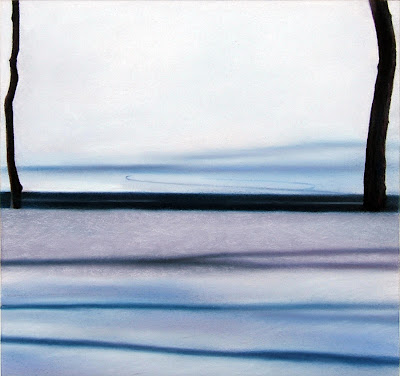 If you come back to Minnesota for one weekend and you need to see your old favorite places, where would you go to see art?

My favorite places to see art are in community spaces, such things as coffee shops or an apparently random light pole “hit” by yarn bombing.  I like to just discover art when I am out for a run or walking through a community space. 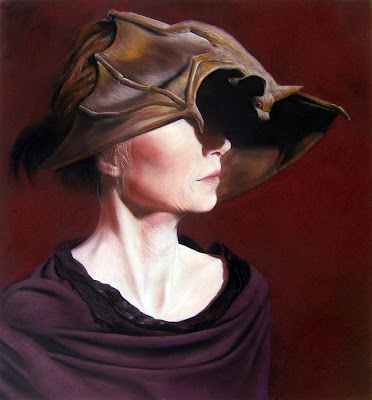 Who are some of your favorite artists still living in Minnesota?

If you could transplant one aspect of the Minnesota arts community home with you, what would it be?

There is greater support for the arts in general in Minnesota than North Dakota.  For example, grants available to North Dakota artists are nominal.  Minnesota artists are eligible for big grants such as the Jerome and the McKnight.  In North Dakota, the largest grant available is through the North Dakota Council on the Art—it’s $2,500, and it’s only available to one visual artist every three years.  I would love to see foundations recognize that the Dakotas are populated by a diversity of artists who deserve the grant opportunities available elsewhere. 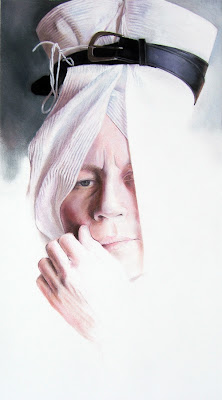 Bride
Do you have any exhibits to promote now or in the near future?

Posted by Michael McGraw - www.Local-Artist-Interviews.com at 5:27 AM